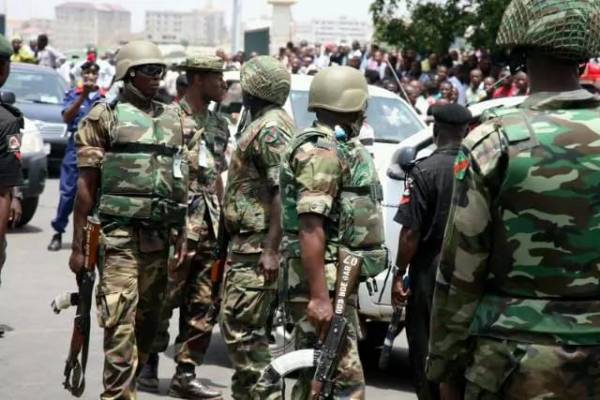 There was commotion along Ada George Road in Port Harcourt on Thursday morning as soldiers sacked the Rumukpakani Police Station, allegedly over the killing of their colleague by a policeman.

A policeman had Thursday morning shot and killed the Army officer, who was in mufti after mistakenly tagging him an armed robber. The deceased soldier was said to have come out of a hotel armed with a pistol in his pocket before he was accosted by a group of policemen, who shot him, even after he allegedly tried to identify himself.

Dissatisfied with the killing of their colleague, a group of soldiers had stormed the Rumukpakani Police Station and reportedly arrested the Divisional Police Officer and eight others, including the policeman, who allegedly shot the Army officer.

Apart from taking away some policemen from the station, some suspects in the police cell were said to have taken advantage of the commotion to escape.

The presence of the soldiers at the police station was said to have caused chaos as motorists and pedestrians found it difficult to pass through Ada George, which was locked down for more than an hour.