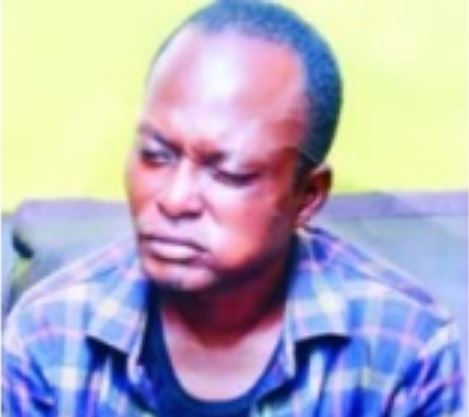 A caretaker, Dominic Garuba, has accused some tenants on Lekki Palm City Estate, Ajah, Lagos State, of assaulting and detaining him.

Garuba, 37, claimed that the men held him hostage for over nine hours, accusing him of conspiring with the house landlord, Emmanuel Majoka, to give police information about them.

UNCH Metro had reported that a tenant, Ayoyemi, and his brothers, who lived on the estate had moved into the house in March 2018 after allegedly paying N1.3m.

Ayoyemi was reported to have demanded a refund after the landlord reportedly gave some rules after he made payment.

The matter degenerated when the police raided the house and accused the tenant of Internet fraud, a claim that was reportedly dismissed after a search of Ayoyemi’s laptop.

It was reported that some soldiers stormed the house penultimate Saturday and beat up Ayoyemi, his brother and a friend till the brother passed out.

The caretaker and landlord were alleged to have ordered the torture after the former was attacked by the tenant and his brothers, who allegedly smashed his phone and took his money.

The caretaker, Garuba, said the brothers started the assault.

He said, “On Thursday, the landlord sent me to the compound in respect of  a tenancy agreement between him and Ayoyemi, who occupied a two-bedroomed flat. He also asked me to check the roof of a vacant boys quarters, which he intended to rent out.

“When I got there around 12 noon, Ayoyemi came to meet me. He told his brothers to come out because I was around.

“He said policemen came to the house, arrested them and took them to Alagbon, Ikoyi. He said they spent a lot of money there.  He said the landlord and I instigated the arrest. I asked why we would do such when we never had any issues.

“They said I was lying and they hit me. I quickly called the landlord to report to him. But they collected the phone from me and smashed it on the ground.

“They called the landlord and put the phone on speaker mode as they beat me up. They asked him why he connived with me to bring the police to raid them. The man denied. They told him to come down that they wanted to see him. They threatened to beat him up as well.”

Garuba said he was not released until 9pm.

“They were four in number. It was a lonely compound, so nobody could hear my cry.  My face was swollen and if I coughed, I coughed out blood.

“Later, they begged me to forgive them and that they did not know what came over them. I cooperated with them so that they could release me.

“When they eventually did, I went to the Lamgbasa Police Station immediately. The policemen said Ajah was not under their jurisdiction and that I should go to Ajiwe Police Station.

“When I got to Ajiwe the following morning, the police took pictures of my face, my statements and asked me to go to a hospital for treatment,” he added.

The Science Laboratory Technology student at YABATECH said the tenants took a bag containing his school fees of N52,000, adding that his phone and a wristwatch were destroyed.

Garuba said the Investigating Police Officer, one Inspector Adebisi, asked him to be on the lookout for the suspects.

“On that Saturday, the landlord decided to go to the house with some military officers as bodyguards due to the threats issued by the tenant and his brothers.

“The uniformed men wanted to see if they would attack him as they threatened. When they wanted to carry on with their threats, the officers came out and they ran back to their flat.

“The landlord asked me to rush to the police station to bring the police to arrest them. One Inspector Ola, who gave the case to the IPO, said the IPO was not around. I asked him if the soldiers could bring them, but he said no.

“We waited for over three hours and when the IPO did not show up, we had to leave. I am not aware of any torture,” he said.

The landlord, Majoka, who confirmed the caretaker’s account, said he had called his brother, who was a naval officer, after the threat by the tenant and his brothers.

Majoka said he had gone to the house on the Saturday to serve Ayoyemi a notice to quit as advised by his lawyer when an altercation broke out between the tenant and his naval brother.

He said, “When we got to the hose, I met Ayo and his brothers who assaulted Dominic (Garuba). I told him to sign the notice to quit. I questioned him for beating my agent and he said we gave his contacts to the police.

“He refused to sign the papers and said I should first refund his rent. My brother was angry, but Ayo told him to stay away from the matter; that his rank in the military was small.

“He said his brother was a military commander. My brother asked him if that was the reason he had the guts to beat up a man and detain him? My brother slapped him and he grabbed my brother’s uniform. The brothers attacked him. My brother got upset and flogged them.”

The estate chairman, Kingsley Idemudia, said he became involved in the matter in February 2018 before the tenant moved into the house, adding that he had questioned Ayoyemi’s means of livelihood and his friends’ appearance.

He said he had been wary of the men after TrueCaller, a mobile application, showed, ‘Fraudster’ as the identity of the intending tenant.

Idemudia said he advised the men, who were accompanied by a soldier, to take back their money because they could have problems with the security men on the estate.

“After some deliberations that day, they agreed to take back their money and I called the landlord to send the money to me and he did. However, because I had problems with my phone, I could not contact him until after a few days.

“By then, I was told that he had moved in. When I went to ask why he breached the agreement we had, he said a soldier asked him to move in and nobody could send him away. He said he would not pay the balance.

“The landlord came along with me a few days later and I talked to him. He begged the landlord and said he would pay his balance and leave at the expiration of his rent.

“Later, I heard the caretaker was badly beaten. Those boys are a terror to their neighbours and the estate as a whole. Our internal security men had locked them up before.

“A few weeks ago, they broke the estate back gate because they said it was closer to them and they were having problems with the security men at the main gate. Those boys are not responsible and should be behind bars,” he said.

The state Police Public Relations Officer, SP Chike Oti, said he would call back but had yet to do so as of press time.