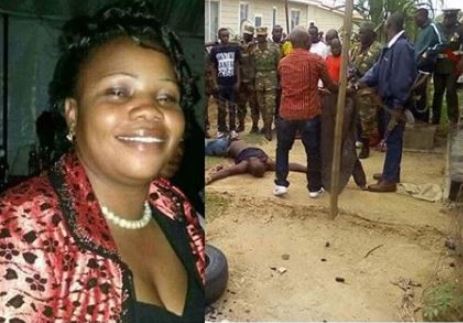 A Zambian soldier identified as Pathias Mwape killed his wife after he discovered that two of the children who had been with him, were fathered by his superior officer.

It was learnt that the ugly incident happened at the army barracks. Following rumors that two of his children were not his, he confronted the wife, a police woman, who confirmed that indeed two of the children were that of his superior officer.

Instantly, Mwape shoot dead his wife using a pistol and after realizing that Police were looking for him, he also killed himself.