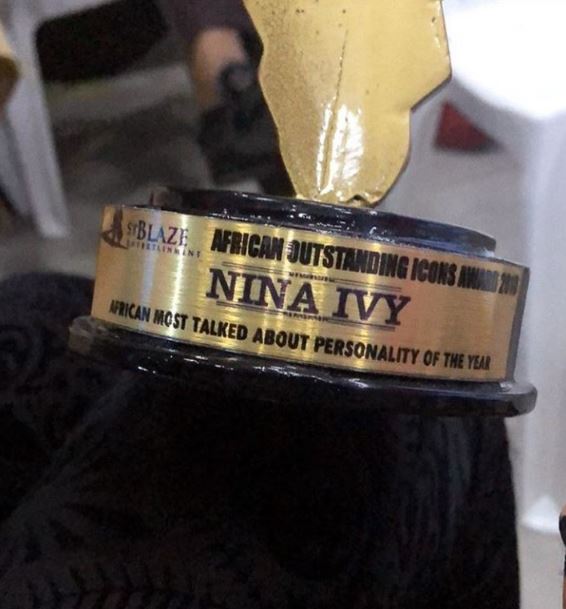 Ex BBnaija Contestant, Nina Ivy has been in the news back to back. Yesterday the internet went frenzy as she posted BBNaija 2018 winner’s picture, Miracle on her Instagram page, they had been romantically involved while in the house but decided to go private after the show ended.

Yesterday, happened to be African Outstanding Icons Award which was held at Owerri, Imo State. Nina was lucky enough to have a slot among the awardee. She got rewarded as African most talked about personality of the year. This is the second award she will be collecting this week, as she was awarded as fast rising personality during Mr/Miss IMSU Tourism award.