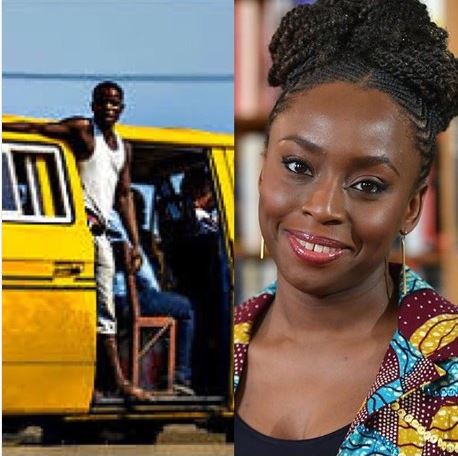 Controversial OAP and self proclaimed Bible teacher Daddy freeze took to Instagram to air his views on a statement popular feminist and novelist Chimamanda Adichie made recently.
It could be recalled that while on the Today Show, Chimamanda had said, “I think gestures like holding the door shouldn’t be gender-based. I’m quite happy for people to hold the door for me. But I hope they’re not doing it because of this sort of idea of chivalry.

“Because chivalry is really about the idea that women are somehow weak and need protecting. But we know that really, there are many women who are stronger than many men.”

Well this was what daddy freeze had to say “Dear Chimamanda,
yesterday, while driving home from our online church service held on the radio, I saw a broken down danfo bus. All the women remained on the bus, while the men assisted the conductor in pushing the bus, as the driver tried his best to jump-start it.

Seeing this, I realized that no matter how hard you try to propagate your feminist ideology, your own gender will continue to let you down because of both nature and nurture.

In the #FreeNation in Christ, despite the Bible leaning otherwise (the Bible is a sexist book, whether it pleases you or not), we propagate equality and gender neutrality to as far a degree as logic allows it.

However, it takes wisdom to know the extent to which we can tamper with the innate characteristics of both genders, without stirring up unwanted consequences.

The other day you spoke of chivalry in a cute way, although your understanding of the word seemed questionable, your motives were nonetheless benign. Howbeit, the shortcomings of your ideologies were highlighted by an Dana Loesch, American activist who reminded you that the issue of genital mutilation, where Nigeria occupies a top rank, should be a greater priority for you and by me after the Danfo bus incident I witnessed yesterday, which led me to the deduce that women have the congenital contention that men must bear the greater weight of a physical burden.

Another situation I implore you to delve into, is the fact that women occupy a pivotal role in religious brainwashing, as most of the false churches and charlatan GOs use them as a ‘point of contact’ to enslave their husbands and children, lending credence to Willie Lynch’s letter, ‘The making of a Slave’ where he stated: “special attention must be placed on females” and “CONCENTRATE ON THE FUTURE GENERATION. Therefore, if you break the female mother, she will break the offspring in the early years of development!” ~FRZ

Khloe Kardashian Vs Kris Jenner. Who Wore It Better?