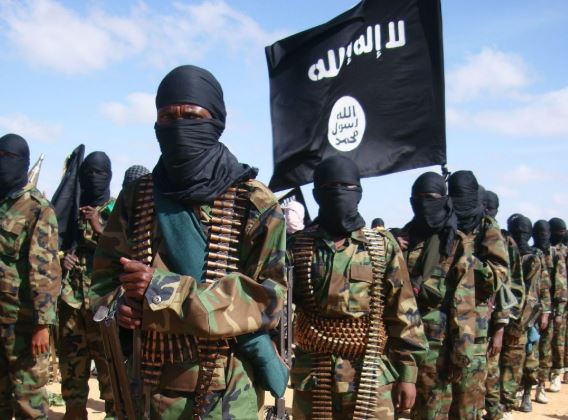 Leaders of the terrorist group, Islamic State (ISIS), are sneaking battle-hardened jihadists from Syria into Nigeria to train terrorists for possible attacks in Britain, a United Kingdom newspaper, The Sun, reported on Monday.

Fanatics including Boko Haram insurgents were also being sent to the Middle East for training in a chilling “exchange programme,” the newspaper added.

The newspaper said there were fears that strong links between Nigeria and the UK would make it easier for ISIS to send its killers to Britain to orchestrate terror attacks, death and destruction.

It noted that more than 150 British troops were conducting counter-terror training with Nigerian forces in an attempt to stem the bloody tide — and stop IS from taking hold of the West African region.

At one training mission in the northern city of Kaduna, a senior Nigerian Air Force commander revealed how local jihadist groups were learning from IS after swearing allegiance to its black flag.

Group Captain Isaac Subi, 46, who has been fighting terrorism across Africa since 1991, said, “They come and train their fighters here and some of our insurgents too are granted access to their training in Yemen and Syria, acquiring those skills and they come back and teach others. They have this exchange programme of fighters.”

The report stated that the poisonous influence of the fighters had already ended in horror attacks on British streets, citing the stabbing to death of Fusilier Lee Rigby in 2013 in London by Michael Adebolajo and Michael Adebowale, both of Nigerian descent.

It is feared IS would exploit regular flights between Lagos and London to export more evil to the UK.

Subi further told the UK Sun that the lack of secure borders across Africa also made it easy to spread the bloodshed.

He added, “There are hundreds of fighters. It’s a virus that spreads across our borders. Their action leaves trails of blood and tears and sorrow.”

Over the past four years, more than 20,000 people have been killed in the North-East where the population is now dominated by up to 3,000 terrorists.

Another two million people have fled the bloodshed with those captured by Boko Haram made to fight for the insurgents while seized women are forced into marriages.

Britain’s defence adviser in Abuja, Brig. Charles Calder, said the IS posed a threat to British interests and the UK mainland.

“In time, unchecked it could present a threat to both UK interests and conceivably the UK mainland.”

Calder said sending small, hand-picked teams out to military training hubs across the country “was the best way to prevent Nigeria from collapsing,” adding that British troops had so far trained 35,000 military personnel.

He noted that Nigerian troops are now performing better on the frontline.

The Defence Headquarters’ spokesman, Brig. Gen. John Agim, could not be reached for comment on the IS threat on Monday as calls to his phone failed to connect.

But Agim had in an exclusive interview with one of our correspondents last Wednesday, admitted that the military was aware that some of the attackers in the country “were foreigners who sneaked in as a result of the porous borders.”

“Those who are recruited sometimes do it for money. You must have seen the video where hoodlums in Niger and Chad were begging to be recruited into the Boko Haram group and to come to Nigeria. So the issue is that some people, who are looking for something to do, are willing instruments in the hands of whoever wants to recruit them.

“So the problem is that some idle people who are willing individuals are available for whoever wants to recruit them. And sadly enough, our borders are porous,” Agim said.

Asked what the Nigeria Immigration Service was doing to strengthen border security, its spokesman, Sunday James, said the agency had strengthened border security to ensure that “no foreign entity is allowed by whatever means into the country by land, air or waterways.”

He added in a statement that NIS operatives had been proactive “going by the several arrests in recent past around the country by the Special Border Patrol Corps operatives of the NIS trained and deployed to carry out reconnaissance patrol.”

James advised Nigerians to report suspicious individuals or groups to the Immigration Service or other security  agencies for necessary action.