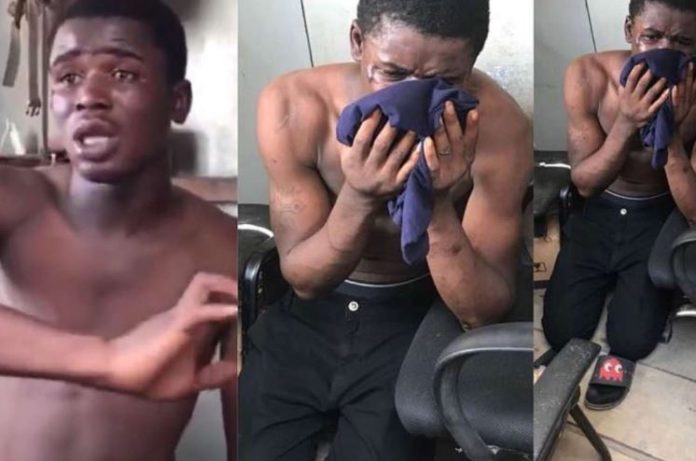 He had approached a sales boy that he wanted to buy an iPhone 7 plus and the unsuspecting seller gave him. However, he smartly swapped it with the China iPhone 6s Plus in his pocket and later said he was no longer interested in buying.

Unknown to him, a stranger was watching. The person informed the sales boy and the suspect was nabbed. He was then beaten by people in the market.