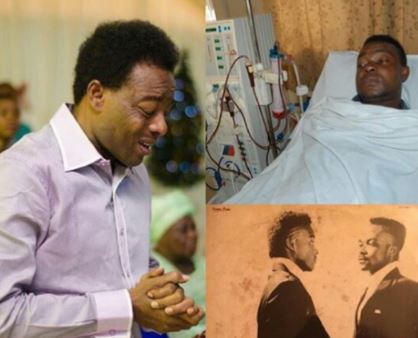 Moses Ochie died on Saturday night. He was 49 years old. The ace singer, who died in his Lagos home, battled a chronic kidney ailment for seven years.

He was reportedly diagnosed with the ailment on Christmas day in 2011. He was preparing for a kidney transplant and hip bone replacement surgery before his death.

His ex-band mate and partner, Felix Eiremiokhae, also took to Facebook to pay his last respects. He wrote, “So sad but with thankfulness to God for the life he gave to our brother, Moses.

It was a seven year battle with kidney issues and for seven years he fought both here in Nigeria and in India where he successfully did a transplant which later failed with complications and he fought to the last day . .

In 1991, he sang “I wanna be free”, wanting to be free and today, he is free from all the troubles of this sinful world. RIP Moses (FELLYX & MOZZYX) the late 80’s/90’s pop musical group. I believe the angels are smiling welcoming you home with open arms.”