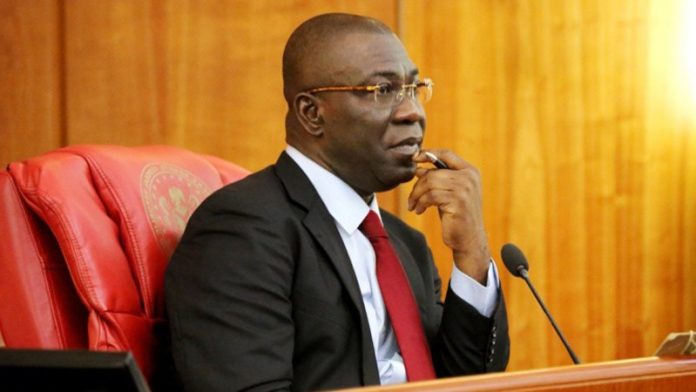 The Deputy President of the Senate, Ike Ekweremadu, has said Nigeria is now more divided like never before. He, however, stated that a brilliant outing by the Super Eagles at the 2018 FIFA World Cup in Russia would help to heal the wounds of the divisions in the country.

Ekweremadu stated this in a goodwill message by his Special Adviser on Media, Mr. Uche Anichukwu, to the Super Eagles as they prepare to open their account in Russia.

The Deputy Senate President expressed absolute faith in the Gernot Rohr-tutored team. He charged the team to go for goals.

He said, “Nigeria is more divided today than at any other time in her history. But, for us, football is the tonic that heals old wounds. We need a truly super and brilliant outing by the Super Eagles at the Mundial to help reunite a divided nation.

“They have the experience, skill, and the indomitable Nigerian spirit to do the nation and Africa proud. They also have the prayers and goodwill of the over 180 million Nigerian population behind them.”

The Deputy Senate President further urged the team to go for goals and the zenith, emphasising that “there is absolutely nothing beyond the Super Eagles at this stage.”

While wishing the Super Eagles the very best, Ekweremadu also enjoined Nigerians not to relent in their prayers for the team.