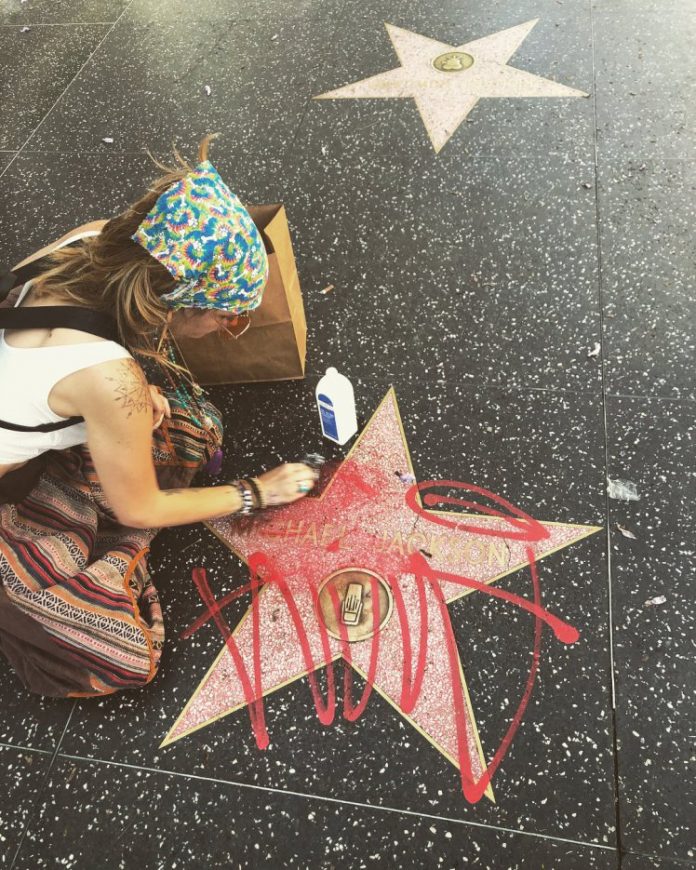 Paris Jackson has cleaned up a Hollywood Walk Of Fame star bearing the name of her late father Michael Jackson after it was vandalized with red graffiti.  The model got down on her hands and news and scrubbed clean the star using a bottle of rubbing alcohol and paper towels. The 20-year-old shared photos herself cleaning the graffiti with a caption reading, ‘some people have no fucking respect.’ In a second picture, she showed off her handiwork revealing a sparkling clean Jackson star.

Paris’s dad Michael received his second star on the Hollywood Walk Of Fame in 1984 as a solo act. The Thriller singer and his famous siblings earned a star as The Jacksons band in 1980.