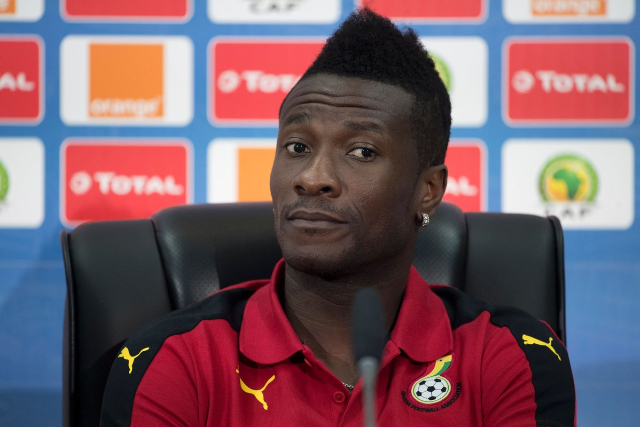 Ghana’s Asamoah Gyan has hit back after it was wrongly reported Cristiano Ronaldo had become the first man to score at eight successive major tournaments.

Ronaldo scored a stunning hat trick in Portugal’s 3-3 draw with Spain on Friday night, as he netted in an eighth major tournament in a row.

While it was reported that Ronaldo was the first to achieve that feat, it was in fact Asamoah Gyan, who has gone one better and scored in nine major tournaments in a row.

Gyan wrote on Twitter: “People disregard my achievements in the World Cup history but I want the whole world to know that I have not been given the fair shake but records will remain forever.”

His first goal came against Czech Republic at the 2006 World Cup, before following that up with the first goal of the African Nations Cup in 2008, against Guinea. Three more goals followed at AFCON 2010, including the winner against Nigeria in the semifinals. Gyan then netted three goals at the World Cup in 2010, although was left heartbroken in the quarterfinals after missing a last minute penalty against Uruguay that would have sent Ghana to the semis.

A free kick against Mali at AFCON 2012 was then followed by a goal against Niger at the 2013 tournament. Gyan scored against Germany and then Portugal at the World Cup in 2014 and found the net against Algeria at AFCON 2015 and then two years later against Mali.

That made it nine tournaments in a row for the former Sunderland and Al Ain striker, 32.