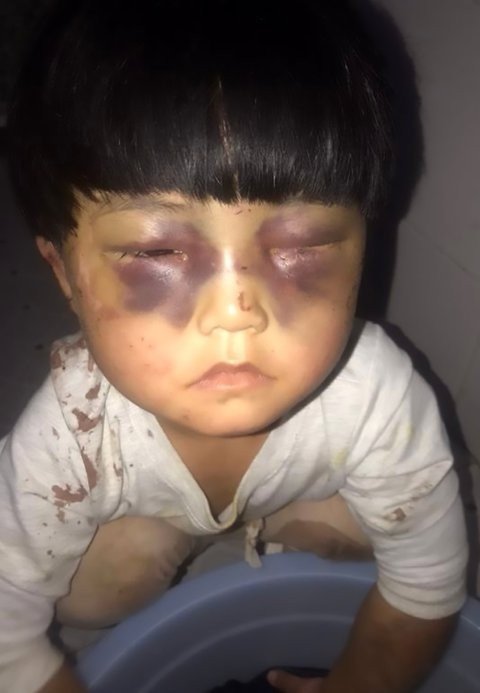 These heart-breaking images show a four-year-old girl who has been so badly beaten by her alcoholic father that she can barely open her eyes. The child was also chained up in a toilet and forced to do laundry.The little girl was found in near darkness with both hands inside a plastic wash basin, scrubbing her father’s clothes. There also appear to be burn marks left by cigarettes on her back. The shocking pictures were taken by a visiting relative and show her face badly bruised and swollen.

The unnamed relative said: “[Her father] regularly chains her up in the toilet before leaving the house at 6 or 7am, only returning at 10 or 11pm to feed her.”

Within an hour of receiving a report of abuse, the local authorities went to the house in Qingzhen in Guiyang, capital of China’s south-western Guizhou province. The father, who is believed to work as a digger driver, has been arrested and the girl is currently receiving treatment in hospital.