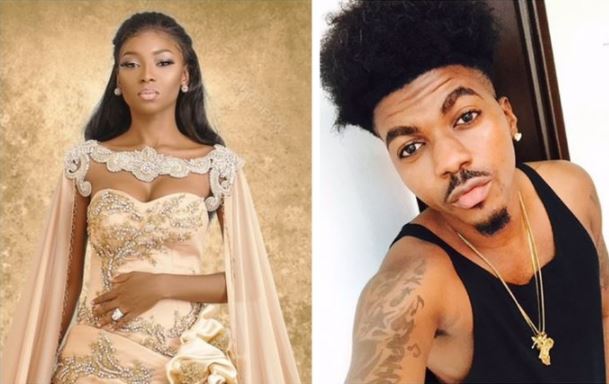 Nigeria’s sex therapist, Jaaruma has taken to Instagram to blast singer Skiibii for saying he was always broke when he was working with Kcee an E-money’s Five Star Music.

According to her, he is just using that to cover up his tracks after she called him out for draining her wealthy friend’s riches and also dumping her.

She says he should go and ask for forgiveness if he wants to succeed. Read her post below…

“UR A BIG LIAR SKIBI!!!!! THIS IS JUST A SPONSORED POST TO COVER UP UR TRACKS AFTER U SAW MY POST ABOUT U LAST WEEK!!!!!
.
SKIBI GO AND ASK HER FOR FORGIVENESS IF U REALLY WANT TO SEE SUCCESS IN UR LIFE!!!!!
.
KCEE & E MONEY HAVE NOTHING TO DO WITH UR FAILURES & UR LOSSES!!!! U KNOW WHERE ITS FROM AND U CAUSED IT UPON UR SELF!!!!!!
.
U CAN NOT CHEAT, LIE, DECEIVE AND USE A WOMAN, AFTER EVERYTHING SHE HAS DONE FOR U, U SUCK HER WEALTH DRY AND U DUMP HER AND U THINK ALL WILL BE WELL WITH U??
.
GO AND ASK FOR FORGIVENESS SKIBI BECAUSE KARMA HAS NOT EVEN STARTED WITH U!!! U HAVEN’T EVEN SEEN ANYTHING YET!!!!
.
GO AND SEEK FOR FORGIVENESS SKIBI U KNOW WHO U bleeped UP AND U KNOW HOW BAD U bleeped HER UP!!!!!! #UNGRATEFUL #INGRATE“

Caitlyn Jenner Reportedly Set To Star In A Beauty Campaign For...