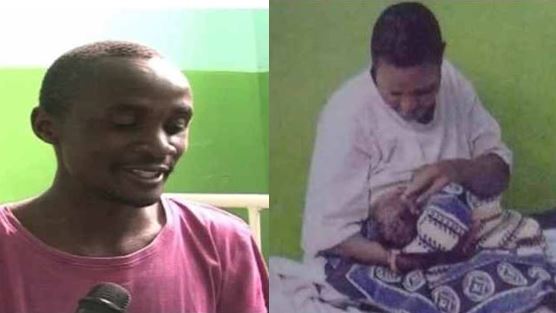 It was a moment of drama at Narok County Referral Hospital when a 28-year-old man collapsed upon receiving news that his wife and mother of their twins had just delivered triplets.

Francis Gitau, who was already struggling to keep up with fending for his twins,, reportedly lost consciousness when his 30-year-old wife, Jacinta Mwihaki, shared the good news.

Speaking to reporters shortly after the incident at the Narok-based health facility, Gitau revealed his biggest worry was how he was going to feed five mouths with a little income.

The now father of five said as much as he was excited about the babies,  his key concern was on raising the kids in the wake of the country’s high cost of living.

In a related incident reported in early 2018, a woman was abandoned by her husband after she gave birth to triplets. The lady, whom was identified as Mary Nganga, already had twins, just like in the case of Mwihaki, when her husband took off upon receiving the news.
Source:- Kenyannews