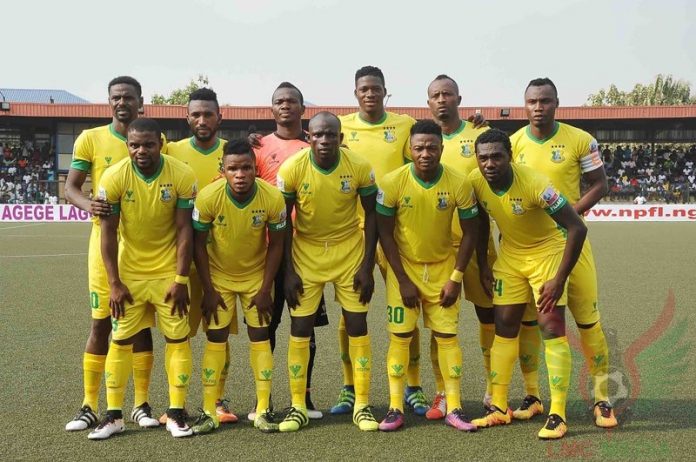 Kano Pillars rallied back from a goal down to beat Rivers United 3-2 in a Aiteo Federation Cup Group C fixture at the Agege Stadium, Lagos on Monday, reports Completesportsnigeria.com.

Rivers United took the lead from the spot in the 10th minute through Bernard Ovoke. It was Ovoke’s fifth goal in the competition this year.

The Sai Gida put the game beyond Rivers United with Rabiu Ali converting two spot kicks in the 58th and 72nd minutes respectively.

Osita Chikere reduced the deficit for Rivers United in the 77th minute.

Pillars were reduced to 10- men four minutes from time when Joel Djondang was sent off for a second bookable offence.

At the Sani Abacha Stadium, Kano, Sunshine Stars and Supreme Court battled to a 0-0 draw in a Group B encounter.