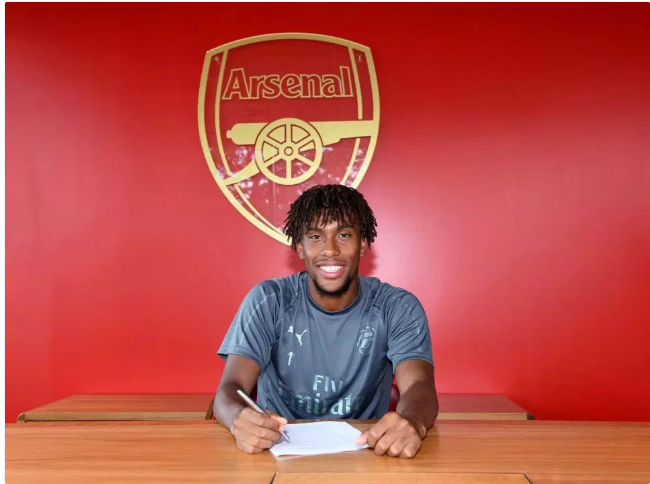 Alex Iwobi has been rated as Arsenal’s best player in the Europa League tie against FC Vorskla at the Emirates on Thursday evening.

The Hale End Academy product, who set up the opening goal scored by the Gunners, was given the highest marks by Football. London, beating Lucas Torreira and Pierre-Emerick Aubameyang who got eight each.

Explaining why Iwobi was picked as Man of the Match, Charles Watts wrote : ”Really good showing from the young attacker. Looked energised from the start and Vorskla couldn’t cope with him all even.

”He was direct, pressed well when not in possession and set up the first goal superbly.

The Nigeria international made his 16th appearance in Europe against the Ukrainian opponents.

Maraji opens up on marriage, pregnancy and battle with hemorrhoids (Video)