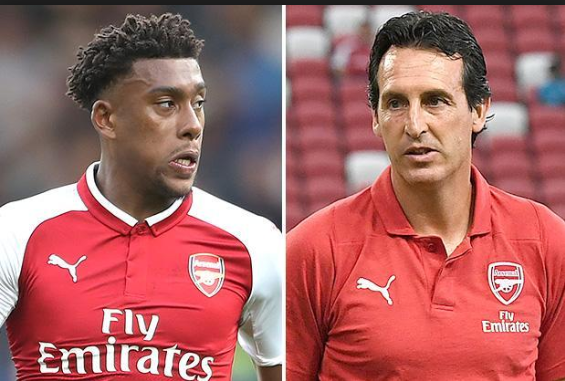 Alex Iwobi says Arsenal players “are working a lot harder” under Unai Emery than they did under his predecessor Arsene Wenger.

Emery’s reign started with back-to-back defeats against Manchester City and Chelsea, however the Gunners’ fortunes have turned around drastically since.

Thursday night’s 4-2 success over Ukrainian minnows Vorskla at the Emirates was their fourth win in a row.

Emery is slowly but surely stamping his authority down in north London, and Iwobi – who impressed in the Europa League win – says the players are responding well to their new manager’s methods.

Iwobi told ESPN: “He demands a lot, we are working a lot harder in training, running a bit more.

“Obviously we are winning games now, we just have to keep being consistent and keep on pushing.”

He continued: “Like I said, we are buying in to new ideas so it will take a bit of time but we’re slowly getting there.

“We are enjoying our time with him. We are not going to dwell on the past.

“We learn from our mistakes – we are always looking forward to the next game.

“We have got four wins on the bounce now so we have just got to keep on going keep this momentum going and try to get as many wins as we can, like I’m saying.”

Emery’s men will be seeking a fifth straight win when they entertain Everton on Sunday (kick-off 4pm).