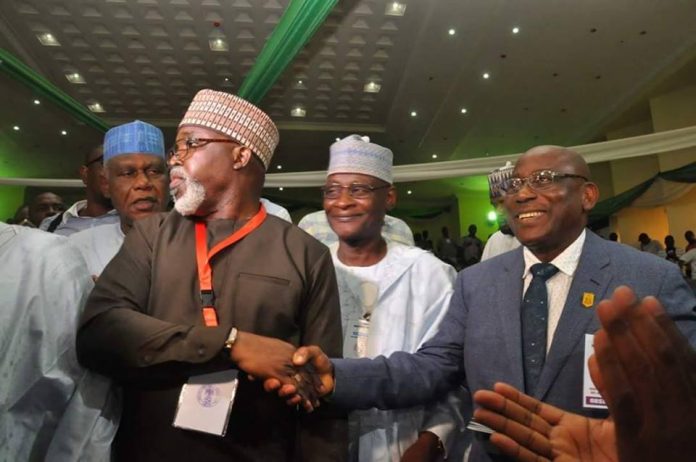 Amaju Pinnick, the incumbent president of the Nigeria Football Federation (NFF), has won another term in office after beating Aminu Maigari in the elections into the board of the NFF.

According to reports, Pinnick won by a whopping 34 votes out of a total of 44 votes and in the process becomes the first NFF President to be relected for another term.

His closest challenger was former NFF president Aminu Maigari who pulled 8 votes while Taiwo Ogunjobi had two votes. The third challenger Chinedu Okoye got no vote.