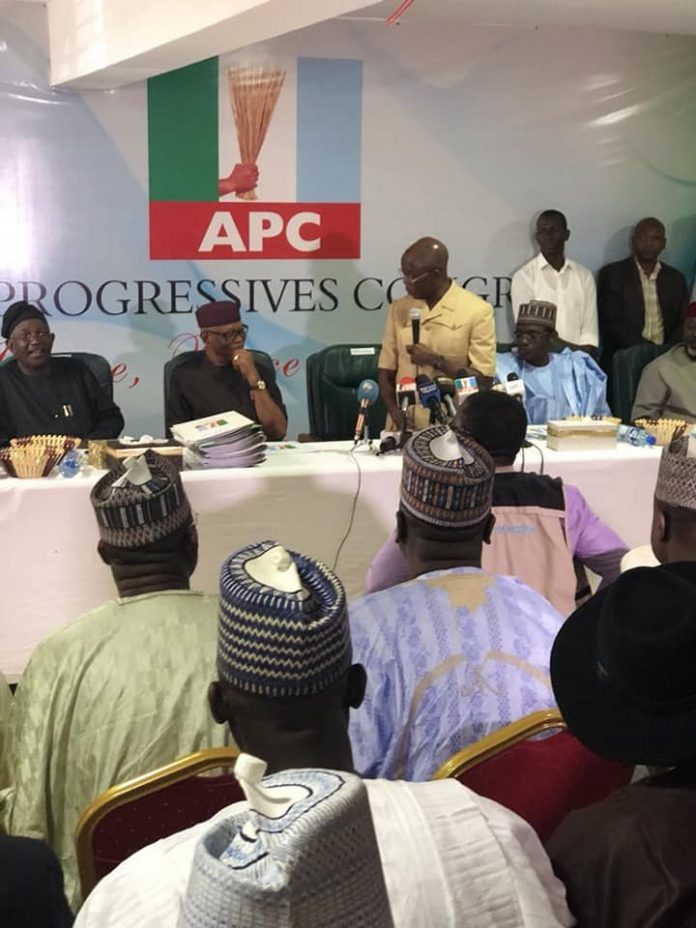 The All Progressives Congress (APC) hail the Osun electorate; Independent National Electoral Commission (INEC); security agencies and relevant stakeholders over the conduct of Saturday’s inconclusive governorship election in the state which was largely peaceful despite some reported irregularities.

While we continue to improve on our electoral processes, particularly correcting some irregularities witnessed in Saturday’s election, the APC commends the President Muhammadu Buhari-led administration which has continually exhibited its commitment to ensuring that elections are more peaceful, transparent, credible and acceptable.

This is a departure from the situation under past Peoples Democratic Party (PDP) administrations where the people’s will was subverted and elections where manipulated. We hereby reject the PDP’s baseless calls that the inconclusive Osun governorship election is announced in its favour.

In the leadup to the rerun election, we call on the Osun electorate, party supporters and members to remain upbeat and focused on the task of consolidating on the APC Change administration in the state by voting for the victory of our candidate, Gboyega Oyetola.

Lagos Lawmaker Offers Scholarship To 19-Year-Old Artist Who He Met On...