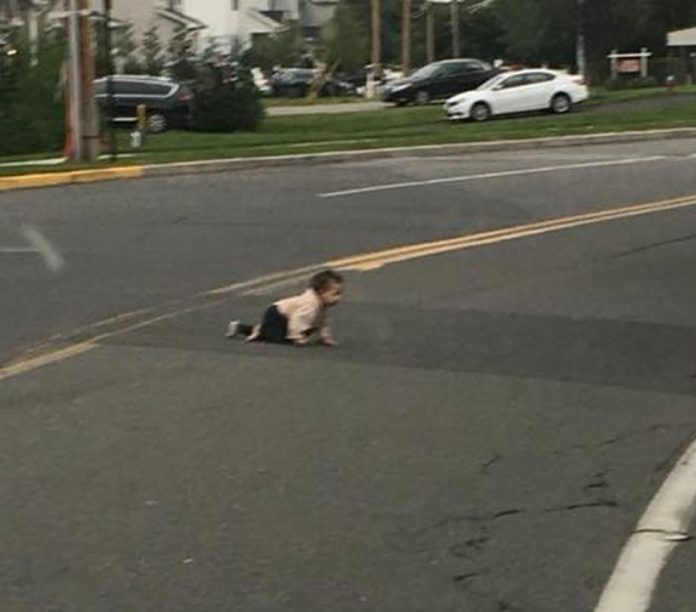 A baby girl was found crawling across a New Jersey road on Saturday and this prompted officials to launch an investigation.The motorist who spotted the child, Cory Cannon of Eatontown, told the Asbury Park Press he noticed the toddler crawling across the road in Lakewood at around 5 p.m.

He told the newspaper:

I thought it was a toy or something until she moved. I knew I needed to get some sort of proof and my GPS was open on my phone, so I used my work vehicle to slow down traffic behind me and took the pic as I was exiting the vehicle and halting oncoming cars.

Cannon said he then watched a neighbor come out to the street and return the baby to her home.He then posted a now-deleted photo to Facebook of the child, which has since gone viral on social media with people sharing and commenting.

Brazilian prisoner, Lucifer who has murdered 48 fellow inmates since being...