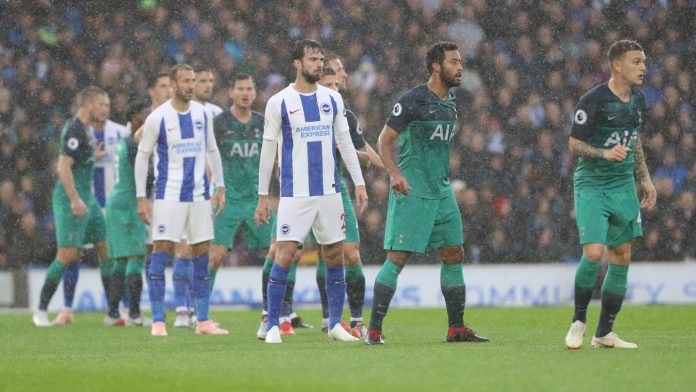 It was the third consecutive game the 30 year old was watching from the substitute bench after makjng two appearances so far.

A penalty from Harry Kane three minutes into the break and a strike from Eric Lamela secured victory for Tottenham despite a late strike from Anthony Knockaert.

Tottenham Hotspur who had previously lost to Watford, Liverpool and Inter Milan dominated possession in the first half and were ahead in the 42nd minute through Kane who fired in from the spot after Glenn Murray was adjudged to have handled the ball in the box.

Brighton were made to pay for that miss four minutes later as substitute, Erik Lamela scored their second, stabbing in a Danny Rose cross from 12 yards.

Knockaert pulled one back in stoppage time but Brighton were unable to salvage a third straight Premier League draw.

Knockaert had a chance to equalise for Brighton in additional time but his tame shot fired at Gazzaniga was saved.