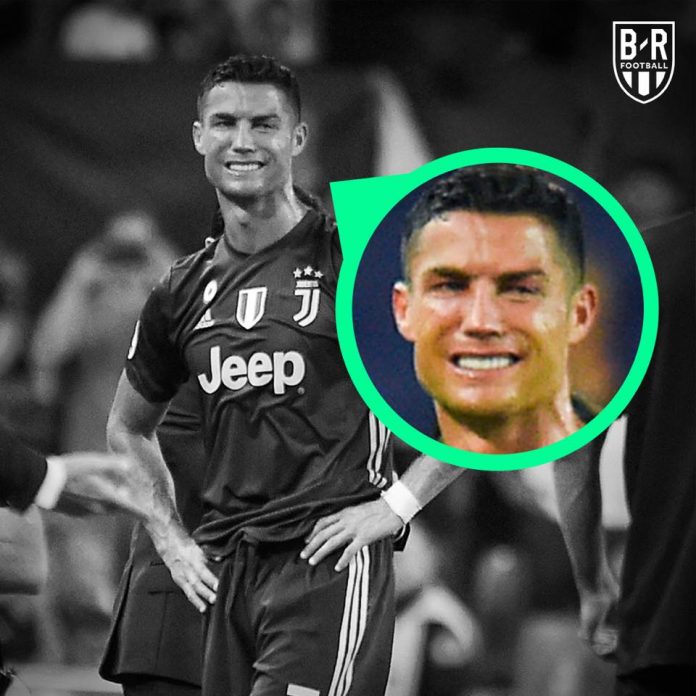 Barcelona media has mocked Cristiano Ronaldo after his red card during the Champions league match against Valencia as they insist he showed ’20 identified aggression wearing the Portugal and Real Madrid shirt’.

Cristiano Ronaldo was sent off on his Champions League debut for Juventus.

Ronaldo left the pitch in tears after the red card which he was given for grabbing opponent by the hair.

‘Red for Ronaldo and he goes off crying’ was Barcelona-based Mundo Deportivo’s headline and its editorial opened with the sentence: ‘After 20 identified aggressions wearing the Portugal and Real Madrid shirt Ronaldo was sent off on his Champions League debut.’

It continued: ‘It proved that away from Madrid refereeing protection does not exist.’

There was little room for debate about the justification for the red either. ‘After a skirmish with Murillo he saw red and cried like a youth team player.’ It wasn’t until the last paragraph that there was any room for a more balanced sentiment: ‘The punishment seemed excessive.’

As for the ’20 aggressions’ mentioned, there were certainly moments when Ronaldo petulantly kicked out at opponents at Real Madrid but 20 seems excessive in the extreme. Perhaps the Madrid media would fight his corner?

Not really. Although Valencia-based match reporter Conrado Valle was fair in his report: ‘The television images of the incident did not reflect the punishment,’ he wrote.

‘How I Arrested Evans An Intelligent Criminal ’ – Abba Kyari