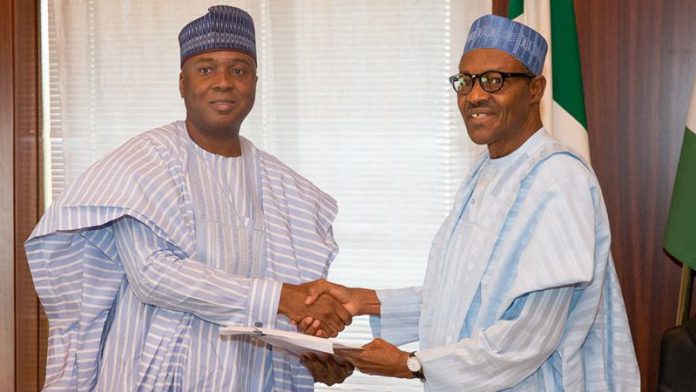 The President of the Senate, Dr Bukola Saraki, says that the leadership of the All Progressives Congress, led by President Muhammadu Buhari, lacks the vision, capacity and the patience to develop the country.

Saraki made the comment on Thursday when he led his Presidential campaign team on a courtesy visit to Governor Seriake Dickson at Government House, Yenagoa, Bayelsa State.

The Senate President asked Nigerians to replace the current leadership provided by the APC, saying that the party had caused disunity in the country.

Saraki stressed that the country was in dire need of a leader like him with a demonstrable capacity to unite the deeply divided country and create a sense of belonging through fair distribution of appointments in the country.

He argued that it was indeed impossible for anybody to give what he doesn’t have as shown by the inadequacies of the current APC leaders.

He further said that the country was in need of a young vibrant leader with the capacity to withstand the rigours of governance at all times.

He said that running governance must be accompanied with the inseparable willingness and capacity to give all-round attention to the demands of the job.

Man In Police Net For Allegedly Selling His 14-Month-Old Son For...