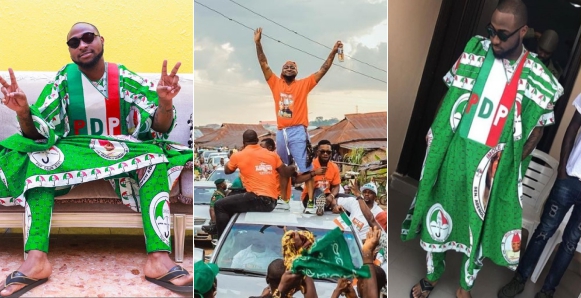 Davido who has been very active on his Twitter page since the start of the Osun election, called out to President Muhammad Buhari and INEC after the election was declared inconclusive.

After the results collation which evidently favours PDP, Davido calls out to INEC and President Muhammadu Buhari via his twitter account to do the right thing as people of the state have decided who will be their next governor.

“You are a man of Integrity sir please do the right thing !! @MBuhari …. @inecnigeria @IsiakaAdeleke1 !! The People have spoken!!” He wrote on his Twitter page.