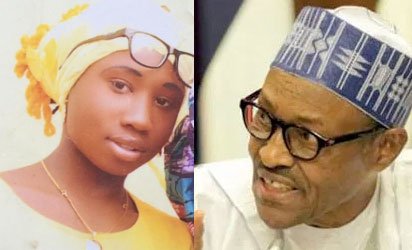 The Primate of The Church of Nigeria (Anglican Communion), the Most Reverend Nicholas Okoh, has appealed to the Federal Government not to forget Leah Shuaibu and the remaining Chibok girls in Boko Haram captivity.

Okoh described the reduced attention to the girls’ release as not encouraging and expressed the need for the Federal Government to expedite action towards her release.

The primate’s appeal is contained in his opening address to the Standing Committee of the Church of  Nigeria at St. Peter’s Cathedral Church in Minna, Niger State Capital.

He said, “No sacrifice is too much to get these girls released. In the interest of democracy, freedom of religion and national cohesion, sufficient effort should be made to bring their ordeal and that of their parents and families to an end.”

Speaking on the 2019 elections, the cleric urged INEC to be an unbiased umpire.

“Whatever disenfranchises any Nigerian should not come from INEC and should be avoided.

“Nigerians are still yearning for dividends of democracy as promised by the politicians to Nigerians; therefore, new promises should be weighed against the background of available resources to ensure delivery.”

Okoh noted that the ‘Not too Young to Run Bill’ which was heralded with so much zeal was not going to solve Nigeria’s problems automatically as the brand of politics had over the years not been by ideas and ideals, but driven by personality and money.