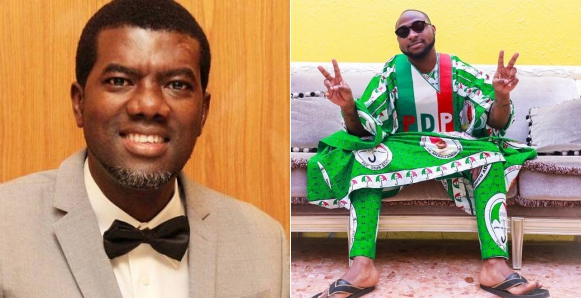 Following the ongoing Osun State gubernatorial elections, which was declared inconclusive and slated to have a rerun come Thursday, 27th of September, Reno Omokri is already thinking eight years ahead.

Nigerian author, Reno Omokri has declared that he would love for singer, Davido to succeed his uncle, Senator Ademola Adeleke, should the latter win the elections.

Davido has actively campaigned for his uncle, Senator Adeleke, prior to the election. During the election and the collation of results, Davido was also active on social media, calling out the INEC officials agains any discrepancies that isn’t in favour of his uncle.

“By the grace of God, after the dancing Senator Ademola Adeleke has finished his 2 terms as the PDP Governor of Osun State, I can’t think of any better person to succeed him than his nephew, Davido. He has shown himself to be a study in loyalty and self sacrifice. I wish he can even be Governor now! #RenosDarts”