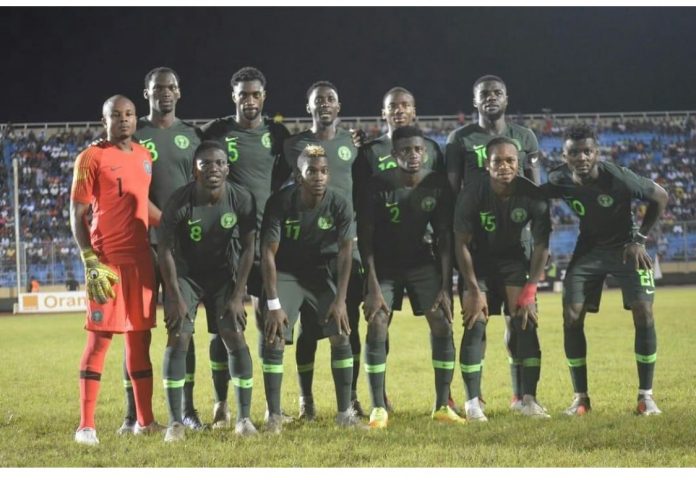 By Johnny Edward:
Nigeria moved up one place, from 49th position to 48th in the latestbFIFA/Coca-Cola World
Ranking released on Thursday Completesportsnigeria.com reports.

The Super Eagles recorded a 3-0 win over lowly rated Seychelles in a 2019 Africa Cup Of Nations
qualifier to earn five more points and finish the month with 1415 points.

Tunisia moved up one place to 23rd in the world to become the top-ranked African nation.
Senegal, dropped one spot to 25th in the world and 2nd in Africa after they were held to a 2-2 draw
in Madagascar in a 2019 Africa Cup of Nations Cup qualifier

DR Congo are the third best team in Africa despite losing three places to finish 40th in the World,
while Morocco moved up one spot to finish fourth on the continent and 45th in the world.

Meanwhile, Belgium gained a place on the rankings to become the joint number one globally
alongside World Cup winners France.

Switzerland dropped two places to place eighth, while Spain moved up one place to ninth position
with Denmark also tied on a ninth place but with an inferior point difference.