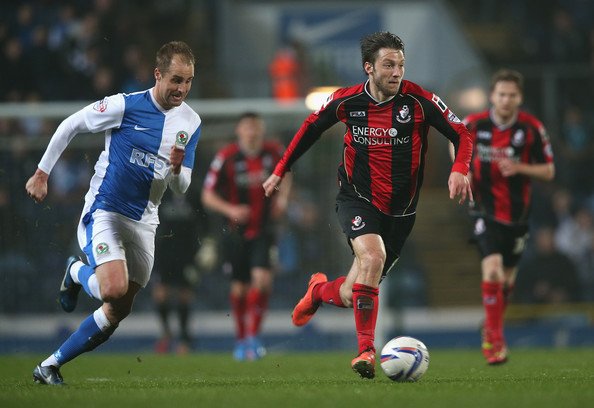 In-form Blackburn travel to Bournemouth, while Burton host Burnley and Millwall look to get one over London rivals Fulham

The third round of the English League Cup is set to kick off this coming Tuesday night (25 September) with plenty of potential for giant killing on the cards. Blackburn Rovers head south to take on an out of sorts Bournemouth side, while Burton Albion and Millwall will both welcome Premier League opposition, in the form of Burnley and Fulham respectively.

Before you go any further, head on over to the Oddsshark website, find your favourite betting site and get your account up and running using your credit card. As a new customer and with the EFL Cup set to reach fever pitch, there should be a wide range of promotions and special offers available to you.

First up, Bournemouth welcome Blackburn Rovers to the Vitality Stadium. The Cherries sit eighth in the early season Premier League table, and are unbeaten at home so far this term, winning three of their four matches across all competitions.

However, this past weekend they suffered a heavy 4-0 defeat away to Burnley, and have leaked 11 goals in six league games at a rate of 1.83 goals per game. There will be holes for Blackburn to exploit throughout the 90 minutes.

Rovers, meanwhile, have made a strong start to life back in the Championship, losing just one of their first nine games. They can come into this game full of confidence having won away to Stoke City 3-2 last time out, and prior to that they held Derby County to a goalless draw, also on the road.

However, it is Premier League club Bournemouth who come into this one as the favourites to make it to the fourth round. The Cherries are at just 1.53 to win inside 90 minutes, with Blackburn out at 6.00 to do the same, according to the Oddsshark site.

Burton hoping to cause major upset

And the biggest upset of the round could come at the home of third tier club Burton Albion, who host Burnley on Tuesday night. Burton sit in 15th place in League One but have lost just one of their last four outings, and have also won three of their last four home games –  3-0 win against Wimbledon, as well as beating giants Sunderland and eliminating Aston Villa from this competition in the second round.

Burnley, by way of comparison, have made a slow start to this season, and only got their first win of the new season under their belts this past weekend. But what a win it was, a 4-0 thumping of Bournemouth, and Burnley boss Sean Dyche will be hoping to build a run of form from that victory.

And it is Burnley who come in to progress as the favourites at 1.95, with Burton out at 3.80 to make it through. Having pulled off an upset in the previous round we are backing Burton to do so again here, with a 1-0 win for the home side priced competitively at 11.00, thereby offering more than a ten-fold return on any investment.

And finally, Millwall will look to put their poor league form behind them when Fulham head to the Den. The Lions find themselves in the relegation zone of the Championship with just win one in nine league games, and none at all in their last four.

Fulham have also won just one league match this season and sit 15th in the Premier League. This last weekend, they were held at home by Watford and confidence is unlikely to be high in their camp.

Perhaps for that reason, the betting is close in this one. Fulham are the slight favourites to wrap up victory inside 90 minutes at a price of 2.37, with Millwall only slightly higher, at 2.90, to do the same – a draw would look to be the least likely result and is priced accordingly at 3.30.

However, there is no denying the technical quality of this Fulham squad and they should win with relative ease. A comfortable, 2-0 win for the visitors comes in at 12.00, meaning that a US$5 bet would lead to a US$60 pay out – you could also more than quadruple your money by backing Fulham to win to nil (without Millwall scoring  goal) at a price of 4.50.