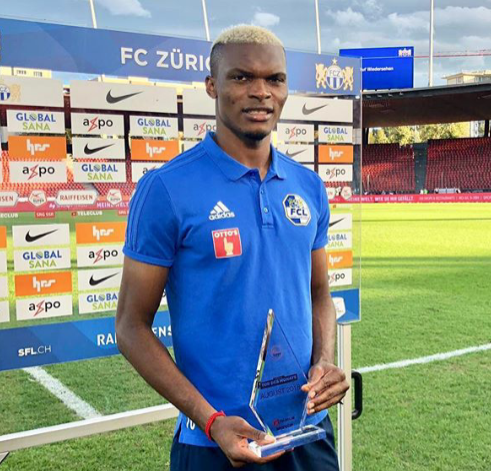 The 22-year-old won the August award for the individual goal he scored on his debut for FC Luzern in their 4-2 victory over FC Lugano at the Swisspor Arena in Luzern.

Eleke’s goal was one of the three nominated for the award, along with those of Stejepan Kukuruzovic of FC Lausanne-Sport and FC Sion’s Pajtim Kasami

He won from the combined votes of a panel of experts and from the public.

Eleke polled 326 votes to win the award while Kukuruzovic earned 249 votes to finish second. Kasami came third with 186 votes, according to the official website of Raiffeissen Super League, swisslos.ch.

Eleke has scored six goals in seven games for Luzern in all competitions since he joined the club in the summer of 2018 from Israeli club, FC Ashdod.