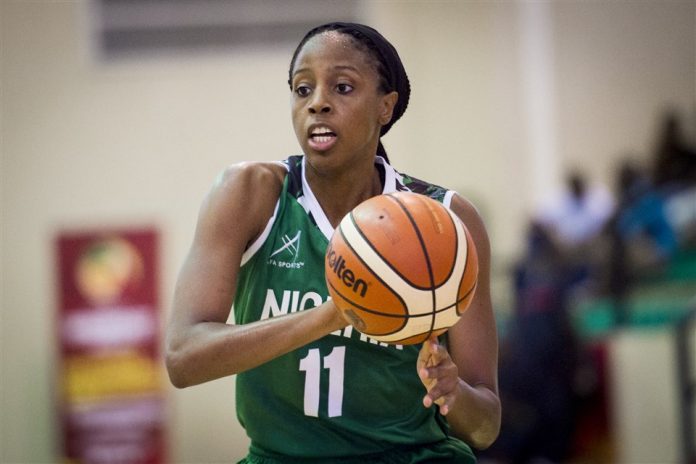 D’Tigress captain, Adaora Elonu has revealed that the current African champions are not under pressure ahead of their opening FIBA Women’s Basketball World Cup clash against Australia at the San Cristobal de La Laguna, Santiago Martin Arena in Tenerife, Spain on Saturday reports Completesportsnigeria.com.

D’Tigress are drawn in Group B along with Australia, Argentina and Turkey at the FIBAWWC tournament which tips offfrom September 22nd to the 30th.

The Atlanta Dream forward says she and teammates have the right synergy to carry through the first round matches as so much is expected of them as reigning African Champions despite the country’s poor run at the tournament.

Nigeria is yet to win a game at the FIBA Women’s World Cup. Nine African countries have featured in the tournament since 1971, but their wins – seven of them have come in the classification stages.

“No pressure on me, everything is team effort,” Elonu told FIBA.com. We all trust each other so there is no pressure. It’s going to be a good experience for us.”

“I have missed a lot, especially being with the girls. I have missed being around, I have missed work also. So much work has been done on the team which I have skipped but I am sure to catch up with the work and progress very quickly.”

“I think we need to work harder and keep on being who we are. We have a story of excellence in Africa, we want this story to keep repeating till it sticks. We have put on a good shot and we are here, we want to put in more effort and with the support of not only Nigeria but Africa at large, we are sure to do well.”

“My experience there? It is the same, basketball is basketball. It would boost up my confidence but it is going to be the same. My role over there was different but like I said, nothing has changed, I have still got my confidence on me.”