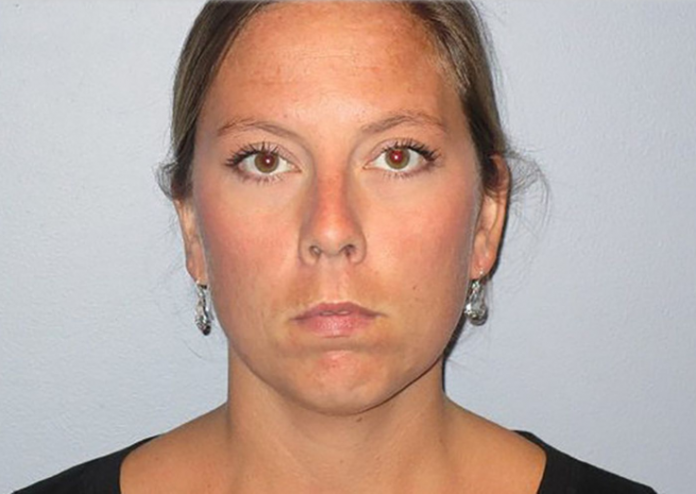 A former teacher in Maine found not guilty of having sex with a student said she wants to write a book to share her story with others.

As reported in the Journal Tribune, 30-year-old former Kennebunk High School teacher Jill Lamontagne was first accused of sex charges with a student in 2017. She was acquitted of all charges in July after a four-day trial.

“I’ve filled multiple notebooks over the past year,” she told the Journal Tribune. “A book is a goal.”

Lamontagne resigned after teaching health at the school for almost five years in September 2017 when a student came forward with sexual allegations.

The student, now 19, was 17 at the time Lamontagne began helping him with schoolwork to graduate. She has been working at a diner since she resigned in September 2017. Lamontagne was shocked when she learned about the allegations.

She knew people who are innocent are sometimes convicted for crimes they did not commit, and had to prepare herself for that possibility, despite not being able to sleep or eat and taking to her living room couch for a month.

The student testified that he and Lamontagne’s relationship changed toward the end of the school year in 2017 when his graduation was nearing, and claimed they engaged in a sexual relationship in a closet at her portable classroom and at her home.

A former colleague and daycare provider each testified that Lamontagne was with them during the two separate incidents where the teen claimed to engage in sexual relations with his former teacher.

“I think the weak part of the puzzle was my administration and superintendent,” Lamontagne said to the Journal Tribune, placing blame on school officials. “The superintendent and principal assisted the police in building a case against me.”

Although she was acquitted of all 14 charges against her, Lamontagne’s life will never go back to the way it used to be.

“I don’t get my job back, (attorney) fees back, the old version of me back,” she told the newspaper. “I don’t get rid of the trauma. I’m innocent, that’s it.”

Teachers were discouraged from texting and calling students, but Lamontagne says it was not official policy until earlier this year. “It became more evident that math was not the only thing he was struggling with,” Lamontagne said to the Journal Tribune.

The student testified he tried to take his life on June 9 when he was supposed to be attending a graduation assembly for seniors. After the trial, Superintendent Dr. Kathryn Hawes released a letter commenting on Lamontagne’s violation of the school’s policy.

“Although Ms. Lamontagne was acquitted of the criminal charges, I think it is important to acknowledge that the evidence that was presented during the trial demonstrated a troubling failure by one of our teachers to comply with the standards we expect of all of our employees,” Hawes said in her letter.

Lamontagne said the the texts and phone calls were all solely for her efforts toward helping the student.

She was in communication with the school’s guidance counselor and sought advice on how to help him emotionally because she knew he was struggling. The student was not referred to the social worker at the school, however, because the two did not get along according to Lamontagne.

Although she has not ruled out teaching, Lamontagne, who studied nursing before she was a teacher, is exploring careers in the medical field. Holistic health or counseling are two possibilities she considers.

She told the Journal Tribune she wouldn’t do anything different today, despite all that happened.