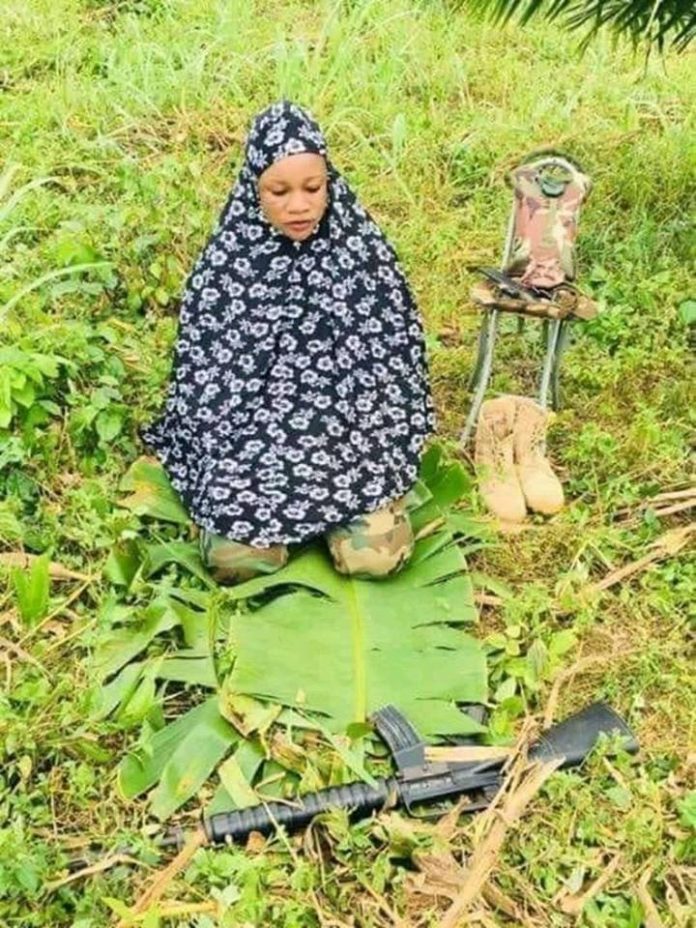 A female soldier has earned the praises of Nigerians following viral picture of her praying at the battlefield. According to an online report, the gallant soldier who is currently fighting against the Boko Haram sect in the northern part of the country, was captured praying in a bush – with her rifle by her side.

This rare photo of a female soldier praying has got Nigerians talking and wishing protection of the troops at the front line.

The Chief of Army Staff, Lt.-Gen. Tukur Buratai, says in spite of pocket of attacks by remnant of Boko Haram terrorists in Borno North, the army is tightening the noose against them.

Buratai, therefore, urged Nigerians and people of the region in particularly not to panic as those attacks do not signal resurgence of insurgency as being insinuated in some quarters.

He spoke in an interaction session with journalists at Mongunu after he personally monitored and coordinated onslaught against the insurgents locked in between troops’ locations in the area.

Fashion face off: Fergie versus Lala