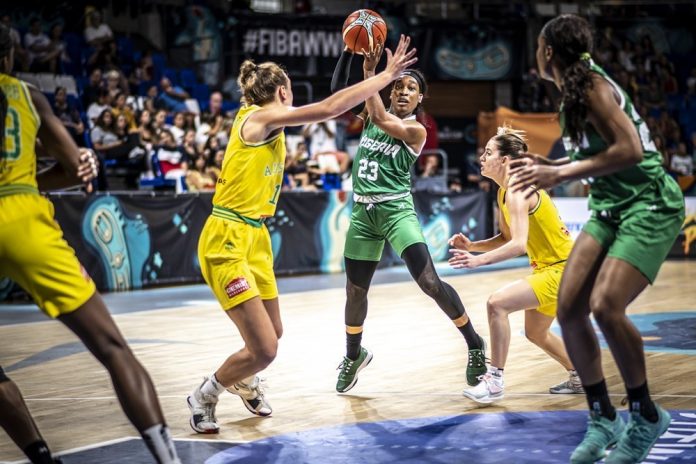 The defeat extends Nigeria’s losing streak at the group stages of the FIBA Women’s World Cup to four games.

Otis Hughley’s girls lost three of the four quarters of the game played at the San Cristobal de la Laguna court on Saturday.

DTigress, ranked 34th in the world, started off more athletic in the first quarter, but lost 24-17.

The Opals of Australia stretched their lead from seven points from the first quarter to 11 to win the second quarter, 18-14.

Hughley’s girls fought back strongly to win the third quarter 23-2, but could not consolidate on the slim win in the fourth quarter losing 23-14.

Aisha Mohammed had eight points five rebounds, two assists and one steal in the encounter.

The D’Tigress will face Turkey in their next game on Sunday.