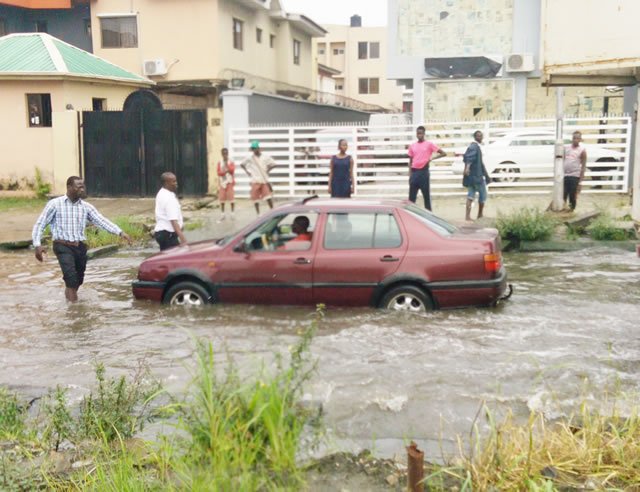 No fewer than four persons including a visually-impaired man and an 11-year-old boy have reportedly drowned as at least six local government areas in Delta State have been affected by the ravaging flood.

The local governments worst hit by the flood are Ndokwa East, Oshimili South, Burutu, Ughelli South, Patani and Bomadi, which are located along the bank of the River Niger.

Our correspondent gathered on Wednesday that the blind man, believed to be in his sixties, was said to be fleeing his home which had been submerged by flood when he reportedly drowned.

The victim, who lived around the Powerline, a suburb of Asaba, the state capital, allegedly drowned when the wooden boat he was travelling with capsized.

An eyewitness, Emma Ekube, who confirmed the incident when Governor Ifeanyi Okowa visited the Ogbe-Afor Primary School, Asaba, one of the Internally Displaced Persons camps, however, said two children of the deceased survived the incident.

Ekube, who is the Secretary of the Powerline Community, revealed that the entire area had been submerged by the flood from River Niger, adding that most of the victims were reluctant to vacate the place and move to the IDP camp so as to protect whatever was left of their property.

He said, “A man lost his life there. The boat he was using to come out from his house to escape from the flood capsized. He was trying to come out from the water. His two children who were with him survived. The drowned man was blind and he should be in his sixties. It happened four days ago.”

He disclosed that the community was also affected in the 2012 flood in the state.

Commander of the National Emergency Management Agency for Delta and Anambra states, Walson Ibarakumo Brandon, disclosed that information available to him indicated three persons including the 11-year-old boy drowned as a result of the flood.