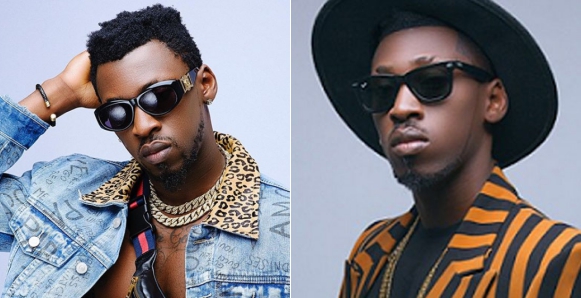 Singer Esegine Allen, better known as Orezi, speaks with Olushola Ricketts on his upbringing, how he almost became a university dropout and his plans for marriage

Where were you brought up?

I was born in Ibadan but my parents moved to Lagos when I was three years old. I had my elementary education in Lagos before proceeding to Command Secondary School in Abakaliki, Ebonyi State. For my higher education, I attended the University of Lagos.

How did your parents react to your decision to do music?

How did you combine education with music?

It was very hard for me to concentrate in school and I usually missed lectures.  All I wanted to do was to go to the studio and every show in Lagos. Anywhere D’banj or Tubaba was performing, you would see me there. Then, I would come back to the hostel very late at night or early in the morning, which made me too weak to attend lectures. In fact, it affected my grade at 400 level but I thank God I eventually graduated.

Are you happy with what you’ve achieved so far in 2018?

I have achieved some of the things I set out to do this year. But musically, I have not done much this year. I have only released one official single this year, Whine for Daddy, in which I featured Tekno. I also released Ijo Wakanda but I will call it a momentary song, not a single.

Why did you team up with Tekno?

I love Tekno; he is my friend. Before Whine For Daddy, we had wanted to do things together, but we became busy with other things. Early this year, I called him and told him about the song. Afterwards, we went to the studio and produced Whine For Daddy. I have got positive feedback from the song. Anytime I perform it, people appreciate it.

Why did you reduce the pace at which you put out songs?

By now, I should have put out more than a single but I got busy with other things. I actually took a little break from music. I have other things that I needed to attend to; music is not all there is to me, but I am fully back now. I plan to release more singles and I may also put out an album before the year runs out.

It has not affected me in any way. Like I said earlier, the only reason I left music briefly was for me to focus on other things.

As an artiste, it can be deliberate to slow things. At times, an artiste may not be pleased with his sound any more. It makes no sense to continue putting out songs that don’t create any impact. And if you want to redefine your sound, it takes time. If you follow me well, my newest records were produced by new producers. I took my time to look for new producers and rearrange my sound.

People often forget that as artistes, we get old every day too and other things become important to us as well. I cannot just be doing music and pay less attention to my personal life.

Don’t you feel running a record company can affect your music?

I plan to run my record company like any other business. The fact that I have an artiste doesn’t mean I will be running around for him. I will have people to work with him; the same way I have people who handle the different parts of my music. Though he is an artiste signed to my record company, I will not be directly in charge of his music life. Of course, I will oversee things.

Are you satisfied with the growth of Nigerian music?

It is growing and we are all benefiting from it. The music industry has opened up opportunities for many youths. However, there are things that can be done to make the industry a better place for everyone. The upcoming musicians need to be encouraged. I feel that the known musicians take the credit at all times while the new ones struggle to get attention even though they are good.

I released a very good video for my song, Cooking Pot, last year. Despite the good quality of the video and message in it, it was not given enough airplay. The video was only appreciated by AFRIMA, who gave it the Best Video of the year award. The likes of Headies, Sound City and other awards snubbed it. I felt the video was one of the best efforts in Nigeria in 2017, and I am not saying this just because I am the singer.

We promote a group of artistes and shun the new ones. If you watch music stations, you will struggle to see them play videos of new artistes. There should be a balance; you can’t continue to promote the old ones even when they sing rubbish.

However, I have enjoyed the support of the Nigerian media; I am one of those artistes who have always benefited from them. But the video of Cooking Pot, for some reasons, has not enjoyed a good airplay.

Do you still do free shows?

Of course, I do free shows. If the reason aligns with my belief and the awareness is needed, it takes me nothing to perform without asking for money. But it must be something I like to be part of.

Have you settled your fight with Dammy Krane?

He is my friend; we’ve been together after we had the issue.

Do you have a baby mama?

I don’t have any baby mama and I don’t wish to have a child before marriage. But if it happens that way, I will take it. If I had wanted a baby mama, I would have gotten a woman pregnant while I was younger.

What are your plans for marriage?

Once I see the right woman, marriage is not an issue. My parents have reminded me of the importance of getting married soon, but I told them to be patient with me.