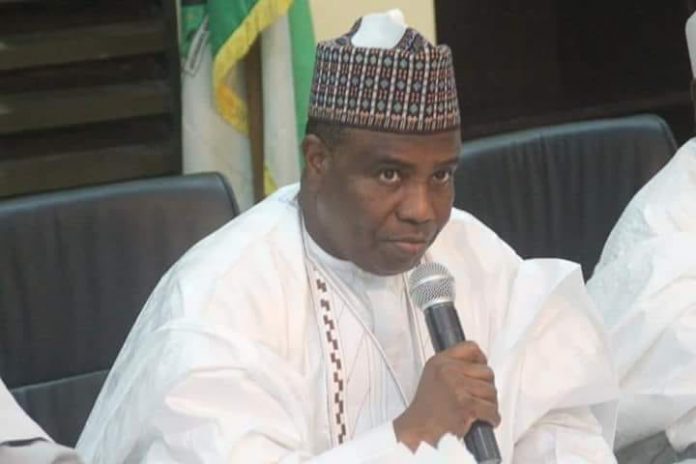 The governor of Sokoto state and a frontline presidential aspirant of the Peoples Democratic Party, PDP, Aminu Waziri Tambuwal has said that he is well-prepared to provide the 21st century and dynamic leadership that Nigeria and Nigerians deserve.

He disclosed this during his engagement with delegates of PDP in Ekiti state as part of his nationwide consultations.

The former speaker of the House of Representatives who solicited for the support of the delegates at the forthcoming national convention of the party, said that his past leadership positions have prepared him for a time like this when Nigerians are clamouring for a dynamic leader that can save them from the hardship inflicted on them by the current government.

“I am well-prepared to provide that 21st century and dynamic leadership that Nigeria needs today. I can assure you that we will assemble the best brains irrespective of tribe, religion to take our country out of its present woes. There will be security of lives and properties as we will deplore technology and stop guess work. I am a lawyer by profession. I am also a life bencher so I understand the judiciary. I am a former minority leader, deputy chief whip and speaker of the House of Representatives so I have a good understanding of the legislature. By the grace of God, I am the executive governor of Sokoto state as at today,” he said.

Tambuwal said Nigeria needs a leader that can unite the country and bring about development.

Ekiti state governor and the chairman of the PDP governors’ forum, Ayo Fayose said Tambuwal possess the qualities needed for leadership, adding that he has distinguished himself as a true Nigerian who will care for all.

Fayose said the delegates from the state will speak with one voice at the convention and vote for the best candidate that can liberate Nigerians from the failure of the All Progressives Congress-led government.

On his part, the chairman of PDP in Ekiti state, Gboyega Oguntuase rallied support for Tambuwal, stressing that Nigeria needs a cosmopolitan leader at a time he claimed the unity of the country is threatened.

“When you have a monstrous leader, who have violated human rights, disobey rule of law, you start looking for an exposed, experienced individual who understands the content of the constitution of Nigeria like Aminu Tambuwal. When you have an ethnic jingoist, a tribalist and a religion bigot that has led to a general state of insecurity, you need a cosmopolitan person like Tambuwal,” he said.

Tambuwal who was also well-received by delegates in Ondo state assured them that he will tackle the issue of herders-farmers clashes and ensure that leaders of thought and representatives of the people are carried along in policies formulation and implementation.

Photos : Did Beyonce have a nose Job?