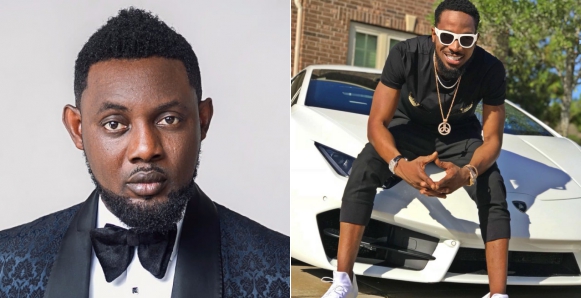 Broadcaster, N6, recently criticised comedian Ayo Makun, aka AY, for allegedly making an insensitive comment when D’banj uploaded a video of himself having fun with his wife in Dubai on Instagram.

Reacting to the video, AY wrote, “Things like this only tell me that we are coming for a naming ceremony soon. Celebrations will never depart from your home. You’ve passed God’s test. Happiness is free.”

While the post looked harmless, N6 and his co-host, Joyce Onyemuwa, felt otherwise. According to them, it was wrong for AY to insinuate that the death of D’banj’s child was God’s test.

In a chat with Sunday Scoop, AY said he didn’t think anything was wrong about his post on D’banj’s page when he read other people’s views.

He said, “It was not necessary (referring to the OAP’s comment about him). Immediately, I saw the comment, I read other people’s views. Once I noticed that other people’s views and how they saw the whole thing contradicted the person who was trying to get attention by slamming me, I didn’t care. He got the backlash at the end of the day.”

AY, however, said his new movie was different from the ones he had done in the past. The comedian stated, “As a matter of fact, The Merry Men is something different from my previous movies. This is more of drama, romance and action.

“Of course, there is an element of comedy in the new movie, but it tells a proper story. The idea is to let the world know that we can infuse comedy into a story that passes a good message. In this project, I was more concerned about the message than comedy.”

Speaking on the ‘agbada’ challenge for The Merry Men’s premiere, he stated, “When you have a new project, you will always think of something new to attract the public’s attention. For the premiere of A Trip to Jamaica, we had a football match between ex-Super Eagles and Jamaicans.  At the moment, we all know the craze for agbada and we also know Ebuka Obi-Uchendu wears agbada a lot. I created a challenge for people to the see other celebrities who wear agbada as well but don’t showcase it.”