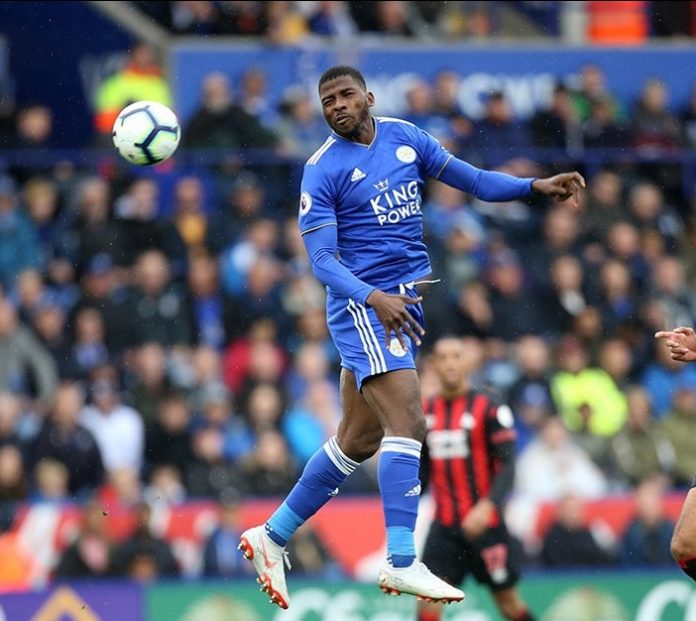 By Adeboye Amosu:
Kelechi Iheanacho is ecstatic to see Leicester City return to winning ways again following their 3-1 win against Huddersfield at the King Power Stadium on Saturday, Completesportsnigeria.com reports.

Iheanacho scored the opening goal and provided the assist for Jamie Vardy’s second as the Foxes rallied from a goal down to beat the visitors and recorded their first win in three games following defeats to Liverpool and Bournemouth.

“It’s good to get back to winning ways again. The whole team is happy not just me. We are all pleased with the win today,” Iheanacho stated in a short video interview posted on Leicester City’s official Twitter handle after the game.

“I think the entire team did well. We all worked hard to get the win. We conceded early in the game but we kept our heads up, got the equaliser and score two more goals.”

The former Manchester City striker paired Jamie Vardy upfront in the game and while the English man provided the assist for his goal, he reciprocated the gesture by providing the assist for Vardy’s third goal.

And the 21-year-old hopes he will get more chance to play more with Vardy this season.

“The partnership with Vardy is a good one. We are big and strong up there in attack. Maddison and Ghezzal also did well in midfield. I just hope that we will keep going like this.”

Iheanacho would also speak on the importance of winning more games in front of the fans at the king Power Stadium as well as doing well on their away trips.

“It’s important to win games in front our fans. It’s good to make them happy. But we have to make sure we win away games too.”