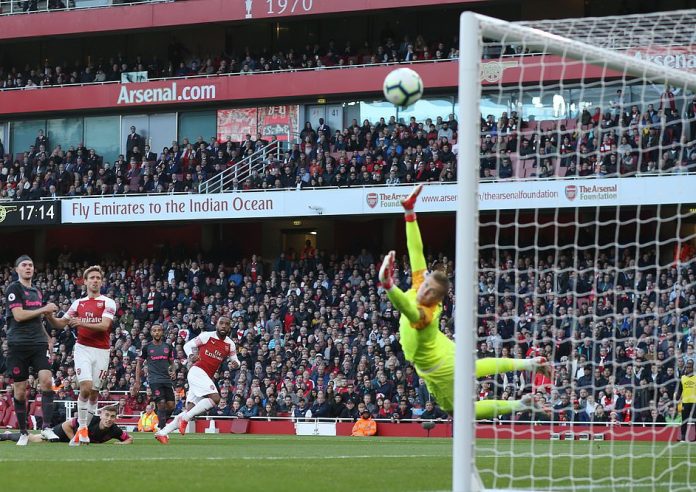 By Adeboye Amosu:
Super Eagles winger, Alex Iwobi, made a substitute appearance as Arsenal recorded a 2-O home win against Everton at the Emirates Stadium on Sunday, reports Completesportsnigeria. com.

Iwobi came in for Gabonese forward, Pierre-Emerick Aubameyang in the 69th minute of the encounter for his third Premier League appearance of the season.

He has scored once in all competitions for the Gunners this season.

The hosts took the lead in the 56th minute through a fine effort by Alexandre Lacazette.

The Frenchman collected a pass from Aaron Ramsey inside the box and bended a right-foot shot into the top corner.

Aubameyang made the points save for Unai Emery’s men two minutes later following another assist by Ramsey even though he appeared to be in an offside position.

Arsenal will host Watford in their next league match at the Emirates Stadium next week Saturday.