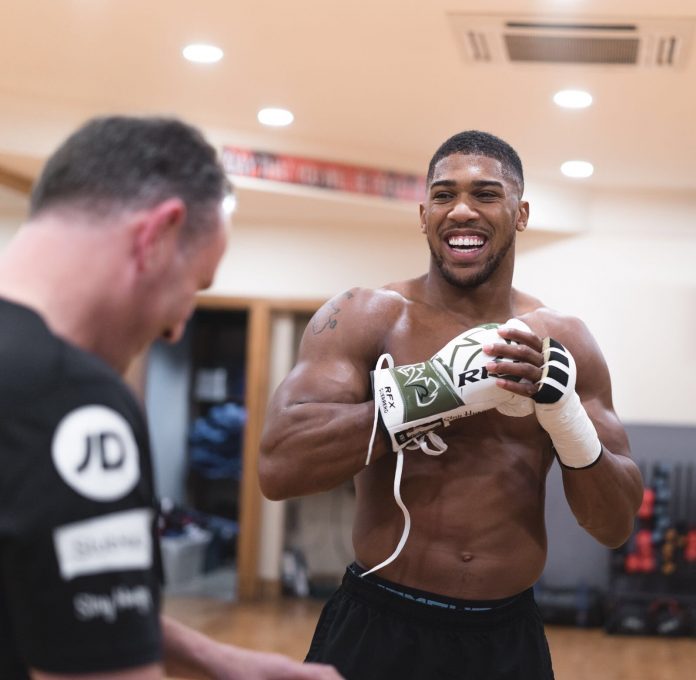 Anthony Joshua insists his body has been rebuilt in his extreme training regime ahead of Saturday’s showdown, but admits Alexander Povetkin is his biggest challenge in the ring since Wladimir Klitschko .

The world heavyweight champion is looking to make a sixth successful title defence after putting his reputation on the line once again, and will meet the Russian at Wembley Stadium on Saturday.

Joshua was keen to play up the hard work that has gone into his training camp, insisting his body had been broken and rebuilt in the process.

“My body has been broken down and built up again this camp like never before,” said the Watford-born hitman.

“I just love to fight you know. I love fight week, I can finally taper down a bit, get my strength back,” he told reporters on Thursday during pre-fight press conference.

“There are loads of different stuff I work on, my trainer teaches me a lot of stuff of course. You know within yourself, you try and find out who you really are with different types of training strategies and stuff.

“Coming back here is a blessing, it’s time to just put on a performance. I told you before, it’s chapter two to a certain degree, but I just feel relaxed and calm. It’s not new to me anymore, I feel this is home and this is where I am going to perform.’”

Joshua also praises the abilities of his challenger.

‘When I look at his weight, he is one of the lighter heavyweights, he has a lot of speed and is a quick fighter. His strengths, I have worked along people who have similar strengths as well,” he added.

“I am not one to talk about fights, there was a lot of talk about the heavyweight division. Povetkin is one of my toughest challenges to date.

“He is a bad boy fighter, he knows what he is doing but that’s what you want right. He is game, he is lively. He didn’t stop against Klitschko, I have to work on Saturday to win.”