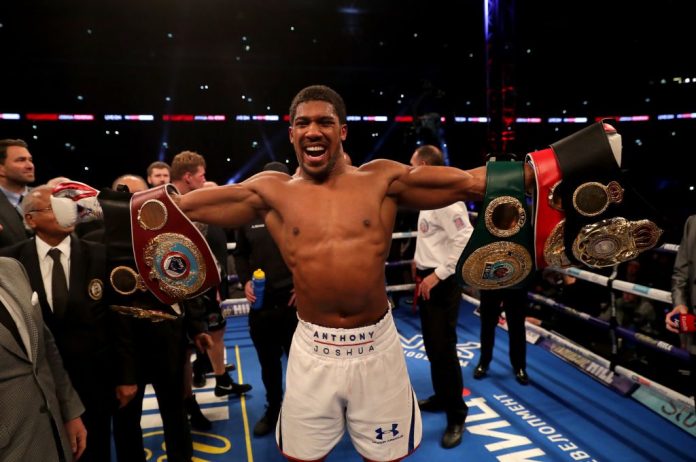 Joshua successfully defended his WBA, IBF, WBO and IBO titles after knocking out Povetkin in the seventh round despite a shaky start to the bout.

The win was Joshua’s 22nd with 21 of them coming as knockouts.

Also, erstwhile Super Eagles forward, Osaze Peter Odemwingie who watched the fight at the Wembley Stadium on Saturday night has also felicitated with Joshua on his latest victory.

Joshua is billed for another fight on the 13th of April 2019.