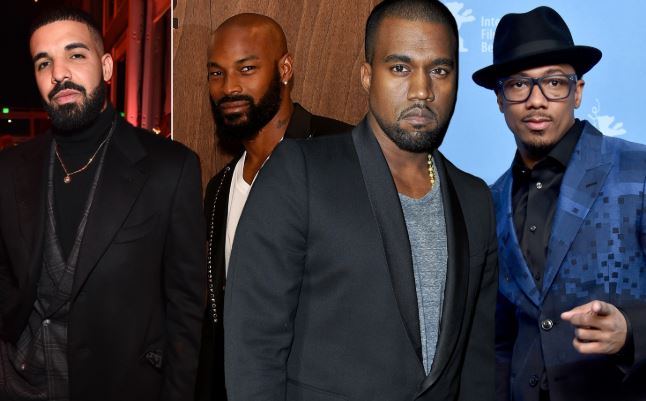 Kanye West has had enough with fellow celebrities speaking about wife Kim Kardashian. Earlier this month, there was a bizarre conspiracy theory floating around which hinted Drake had sex with the 37-year-old, and dedicated ‘KiKi, do you love me?’ to her. While she laughed off the rumours and vowed it was all a lie, the In My Feelings rapper stayed completely silent – with Nick Cannon later joking that the whole thing could be true.

But Ye isn’t having any of it, and took to Instagram to share a string of explicit videos directed at the pair – as well as Tyson Beckford – telling them to stop talking about his marriage. Sharing the clips with his 3.2million followers, the 41-year-old began:

‘I just wanted to express some things that were not sitting right with my spirit. Now that I’m up out the sunken place I can think and I can just be ‘Ye and express how I feel. There’s a couple of things I want to address…. ‘First of all I want to address Nick Cannon. Like, I understand that you used to date my wife but if you get in an interview, don’t mention my wife. If someone brings my wife up, you say, “I respect that man, I’m not speaking on that”. ‘Don’t be making no suggestions, like nobody fucked my wife.’

I Miss Cardi B –Rapper Offset Cries Out