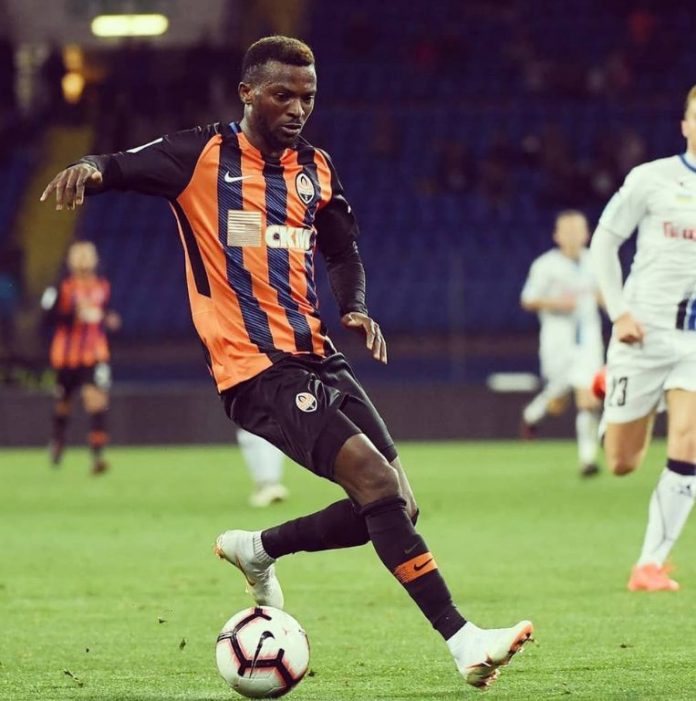 By Adeboye Amosu:
Nigeria forward, Kayode Olanrewaju,is delighted to be back in action for Ukrainian side, Shakhtar Donetsk following his lengthy spell on the sidelines due to injury, reports Completesportsnigeria. com.

Kayode reportedly sustained an injury during a training session in July which forced him to miss Shakhtar’s opening eight league games of the campaign.

The former Austria Wien of Austria striker made his first appearance of the season, coming on as a substitute in the 71st minute in Shakhtar’s 3-0 win over FC Chernomorets Odessa on Sunday.

“Our Transformation is a result of God’s patience, there is a purpose in every trial, storm and battle. My testimony is on the way. Back, fit and strong!,” kayode stated.

Kayode first linked up with Shakhtar on loan from English Premier League club, Manchester City in February and scored three goals in eight appearances for the Miners winning the
Ukrainian Premier League and Cup titles.

He signed a permanent five-year deal with the club at the end of the season.