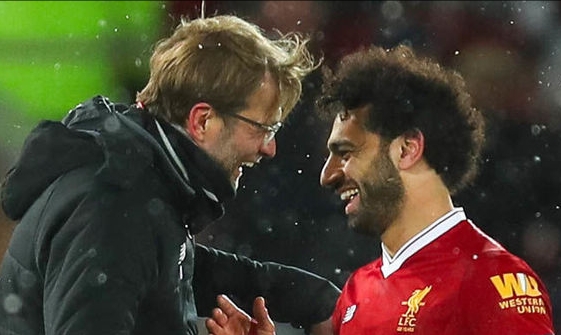 Jurgen Klopp has laughed off suggestions that Mohamed Salah is suffering “a crisis” ahead of Southampton’s visit to Anfield on Saturday.

Salah has scored twice in his six appearances in all competitions this season, but was substituted in three of those games.

The Egyptian won the Premier League Golden Boot with a 38-game season record of 32 strikes last season, but is being outscored by both Sadio Mane and Roberto Firmino in the current campaign.

“On the defensive side, the last two games were outstanding,” said Klopp at his press conference on Friday.

“That says everything about him. It’s a completely normal situation for an offensive player that there are times when he doesn’t score.

“Finishing is not something you can ever take for granted. Mo is in good shape.”

Salah was also criticised for wastefulness at the beginning of his first season with the Reds.
He scored three goals in his first six games for the club, before hitting 41 in the next 46.

“Of course everybody expects [the same as last year],” said Klopp. “We don’t.

“What did he get [in first six] last season? Three. And two in six this season? Wow, that’s a crisis!

“He needed time last year, like we all needed time. And he will take time this season as well.”

Despite his calmness over Salah, Klopp has called for his team to be more clinical in front of goal.

In the past week they were fortunate not to concede a penalty in the dying moments of the 2-1 win over Tottenham after they’d missed a host of chances, while they were indebted to Firmino’s stoppage-time strike to beat Paris Saint-Germain 3-2 after surrendering control and a two-goal lead.

“We have no lack of confidence at the moment,” he said.
“We were a bit lucky that Bobby decided the game [against PSG]. It was deserved, but that’s not a sign for anything. It happened.

“We have to make sure that we decide games much more often. The next one is the most difficult.”