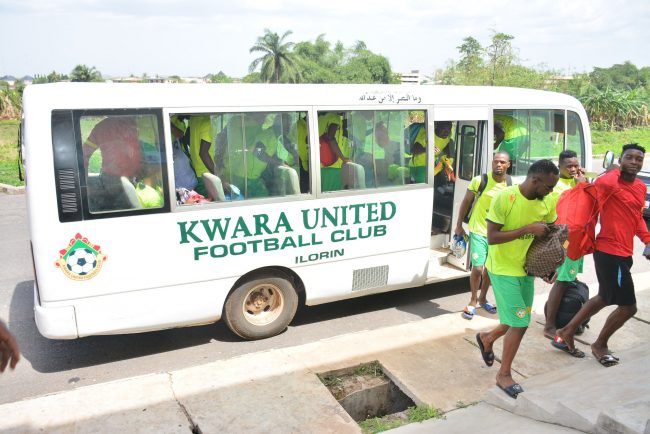 By Adeboye Amosu:
Kwara United will storm Lagos on Saturday for the group stage of the Aiteo Federation Cup billed to hold at the Agege Stadium from September 24th to 28th, reports Completesportsnigeria.com.

The Harmony Boys will be hoping to secure one of the two tickets available in Group C that also has three other NPFL sides; Kano Pillars, Rivers United and Abia Warriors.

“We are arriving on Saturday. The team is well motivated and raring to go in order to surpass our past record,” media officer of the club, Waheed Bibire informed CSN.

“We are not coming as an underdogs; we are coming to Lagos to play good football in order to win over the fans.

“Our aim is to progress to the quarter -finals of the competition despite playing in the group that has been termed ‘group of death’. I want to assure the fans that the team will not disappoint them.