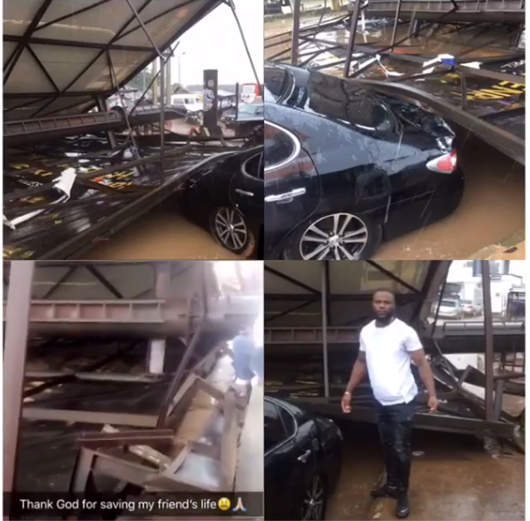 It would have been a sad story for a man who escaped an unfortunate incident yesterday in Edo state. According to reports, the man  was returning from church fellowship before a billboard fell and almost crushed him in his car at Stadium road junction, Benin, Edo State.

A part of his car was crushed by the fallen billboard as he narrowly escaped the mishap.