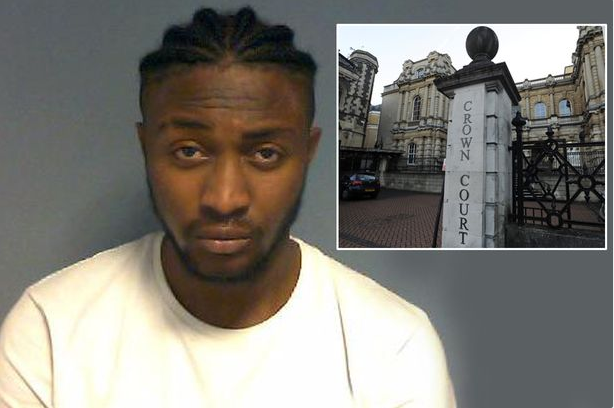 A Ghanaian man who deliberately infected two girlfriends with HIV was jailed for five years in the United Kingdom. The 23-year-old slept with two women after being diagnosed as HIV positive and refused any help from doctors or to take any drugs to suppress the virus.

Japhet Osei wooed and bedded two teenagers without telling them about his condition, a judge was told.

He did not use any protection with a 17-year-old girl and encouraged a cautious second victim into having sex without a condom because she was his girlfriend.

Osei even lied that a sexual health clinic check-up had found he was clean and showed her a text message to prove it, the court heard.

However, he was keeping the secret that he was not only HIV positive but that he had a particularly high viral count, which meant it was more likely he would infect partners through unprecedented sex.

Both women, who cannot be identified for legal reasons and were referred to as Miss A and Miss B throughout the hearing, quickly fell ill and tests showed Osei had passed the virus onto each of them.

Expert analysis found that they shared exactly the same strain of the virus.

Jailing him for a total of five years she said: “We are not living in the 1980s where everyone was ignorant of the effects of this disease and running around in a panic.

“This is 30 years later. You were provided with expertise, assistance and the opportunity for treatment for the terrible disease you knew you carried and you refused it.

“Despite your knowledge of your medical condition, you embarked on a sexual relationship. Your actions are totally inexcusable.”

She added that she had read the “harrowing ordeal” each woman had subsequently gone through physically and mentally since diagnosis, via their victim impact statements.

She also ordered that Osei should be the subject of a Sexual Harm Prevention Order where he is not permitted to have sex with any woman without telling her about his HIV status.

Think Twice Before Supporting Someone Like Buhari – Yourba Group Tells...