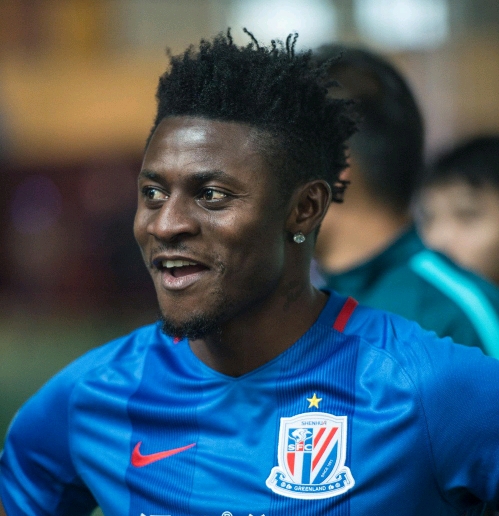 Martins, 33, who is recovering from the hamstring and quadricep injury he picked up in April is currently contracted to Chinese club, Shanghai Shenhua.

The former Inter Milan striker could find first team opportunities limited when he is fully fit with Senegalese forward, Demba Ba back to full fitness and now the club’s main striker.

“I’ve spoken with Obafemi and he just wants to continue his rehabilitation from his injury (a badly torn hamstring and quadricep injury suffered back in April) in the UK for the time being,” his agent Ante Alilovic told the world game.sbs.com.

“He’s told me he wants to hold off until January (to make a decision on his future).

“I don’t think the A-League is a serious option in terms of what he can earn elsewhere. He won’t be coming to Australia and I think he sees his future remaining in China.”

Martins’ Chinese Super League contract, which expires at the end of this season, is worth an eye-watering $9 million.

That’s at least three times what he could expect to earn in Australia.

Martins sustained his season-ending injury against Kashima Antlers in the AFC Champions League back in April.

He signed for Shenhua at the start of the 2016 CSL season from Major League Soccer side Seattle Sounders. He scored a hat-trick for Shanghai in his only league appearance this season – a 4-2 league win over Hebei China Fortune.

Why Aina Turned Down Offers from German Bundesliga Teams