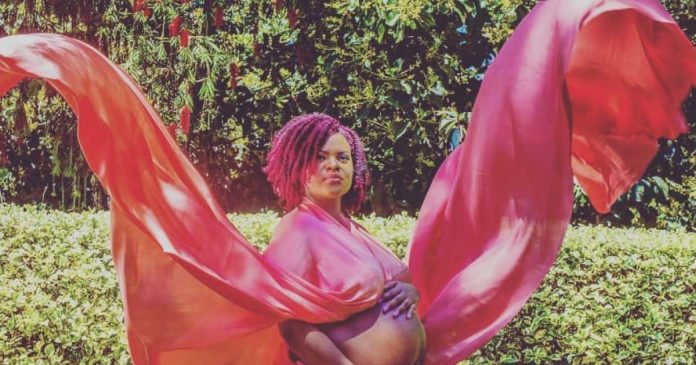 The lovely couple got married in 2016 and have a three-year-old daughter called Aiko Bett. Monique wears many hats; besides her TV hosting job, she also doubles up as an event emcee, CEO, singer, songwriter, talent scout, voice over artist, mother and wife – roles that she handles with so much zeal.

ALSO READ: 10 things to consider if you want to have a flawless maternity shoot

Recently, she had a stunning maternity shoot ahead of welcoming her second born and we are in awe. Trussed up in a warm colored silk fabric that matched her hair, Monique looked angelic in the shoot. In one of the posts, she captioned:

Maternity shoots are the new wave and while it’s not a must to have a shoot, the photos act as a form of memorabilia since the bump will not be there forever. Maternity shoot themes range from underwater to nude body art shoots to milk bath shoots. There’s something for everyone, depending on the aesthetic you’re going for. We can’t deny that Monique looked effortlessly stunning in her simple but outstanding shoot. 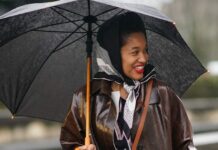