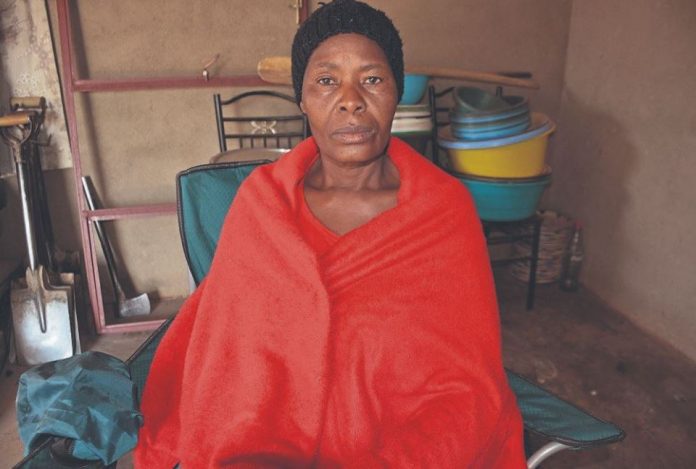 A 54-year-old is still reeling in shock following the horrific death of her daughter whom she found hanging from the roof with her boyfriend.

The woman identified as Maria Mahlangu discovered her 22-year-old daughter, Thabile Msiza and her boyfriend hanging from the roof in his back room.

Maria who comes from Vezubuhle village in Mpumalanga, South Africa, said before the incident, she called Thabile several times but she only answered once.

She told Maria she was at her boyfriend’s place and was fine.

But when she called again later, the phone rang unanswered. Maria then called one of her daughter’s friends, who said she last spoke to her on Saturday night.

She decided to check on her at her boyfriend’s place on Sunday, only to be met by the shocking discovery. “When I arrived at the house, the music was very loud. I was shocked to find them both hanging from the roof,” said Maria.

She added that there was tension between Thabile and her 26-year-old boyfriend.

“My daughter once told me she wanted to dump him because he was cheating. “I’m still shocked and find it difficult to sleep. The picture of my daughter hanging there still lingers in my mind. If I had known this would happen I would have tried to do something to avoid it.”